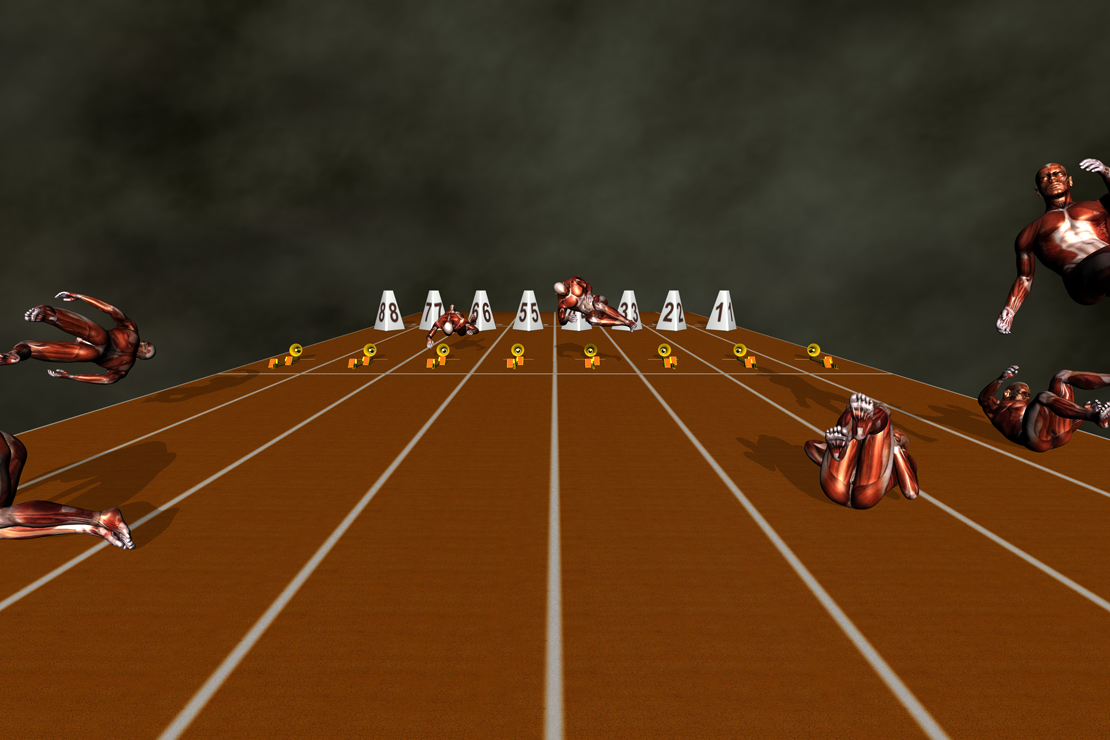 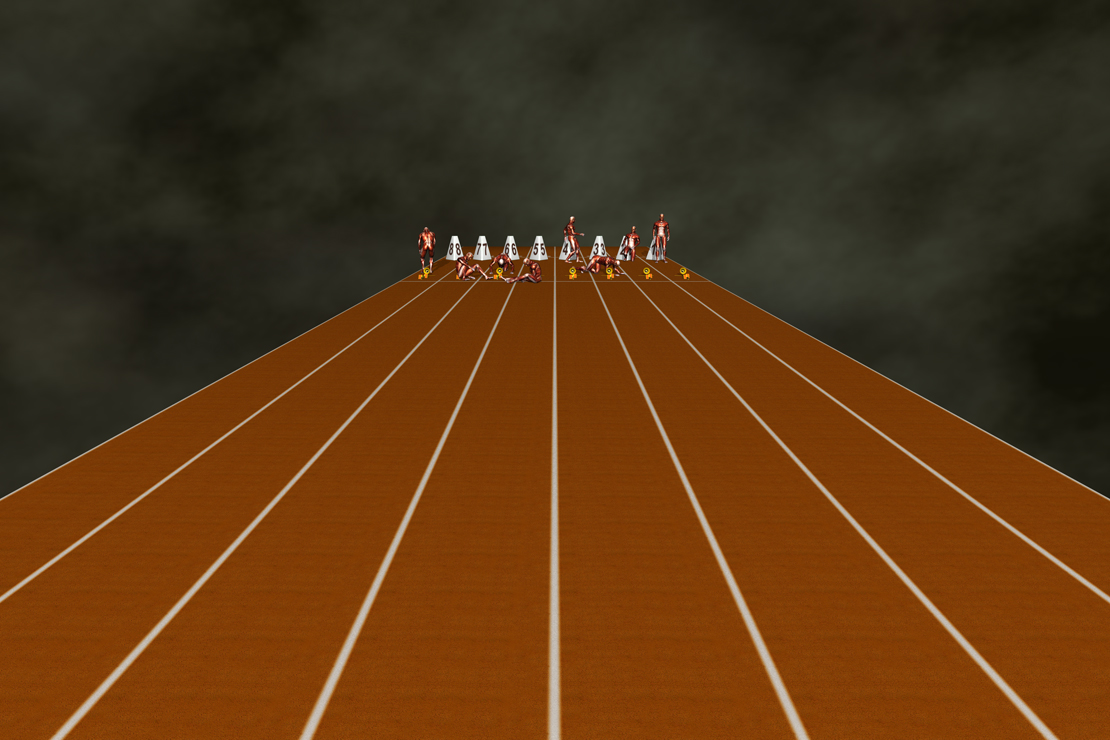 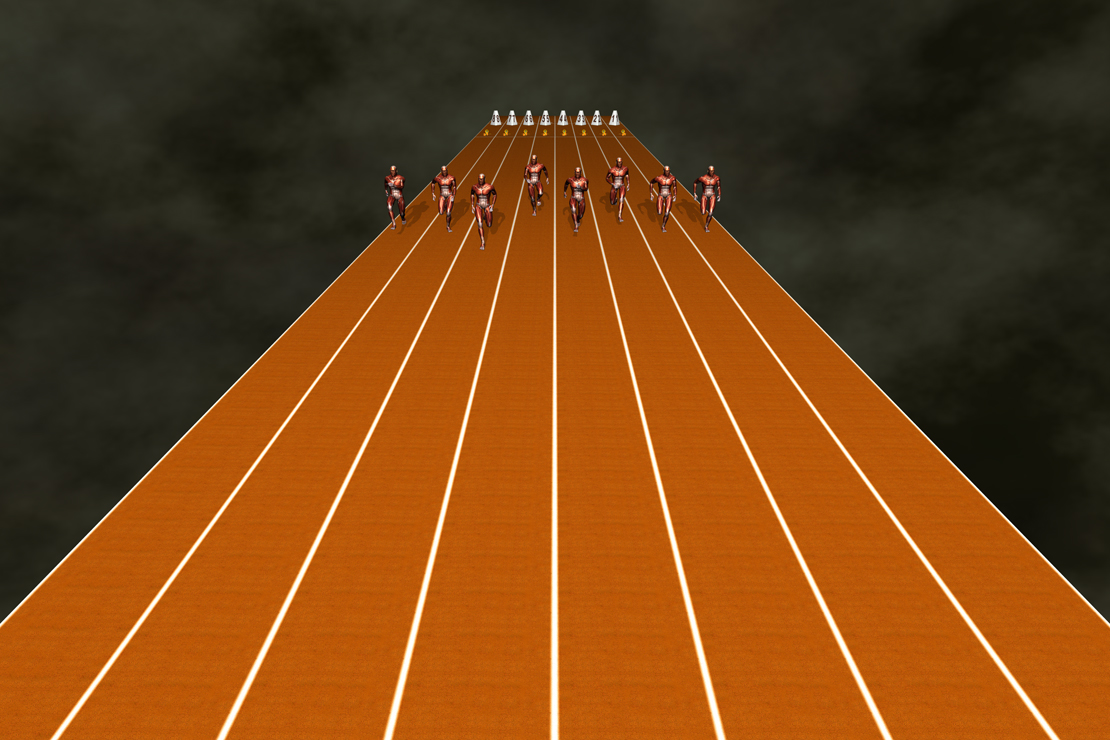 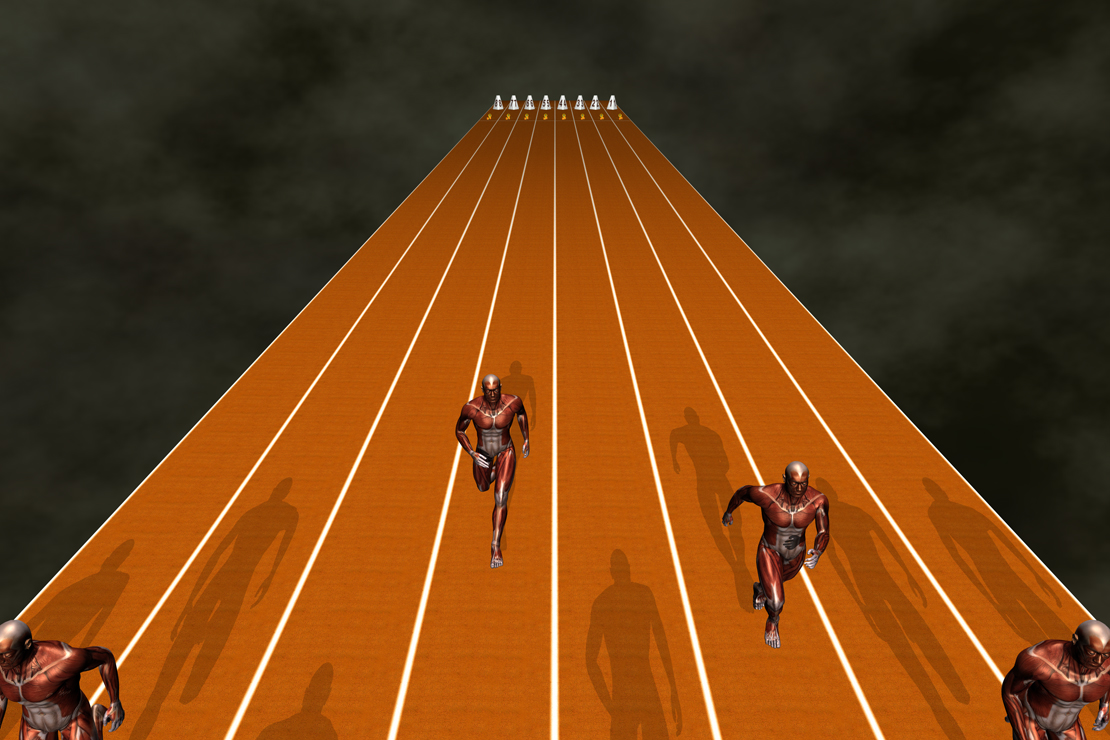 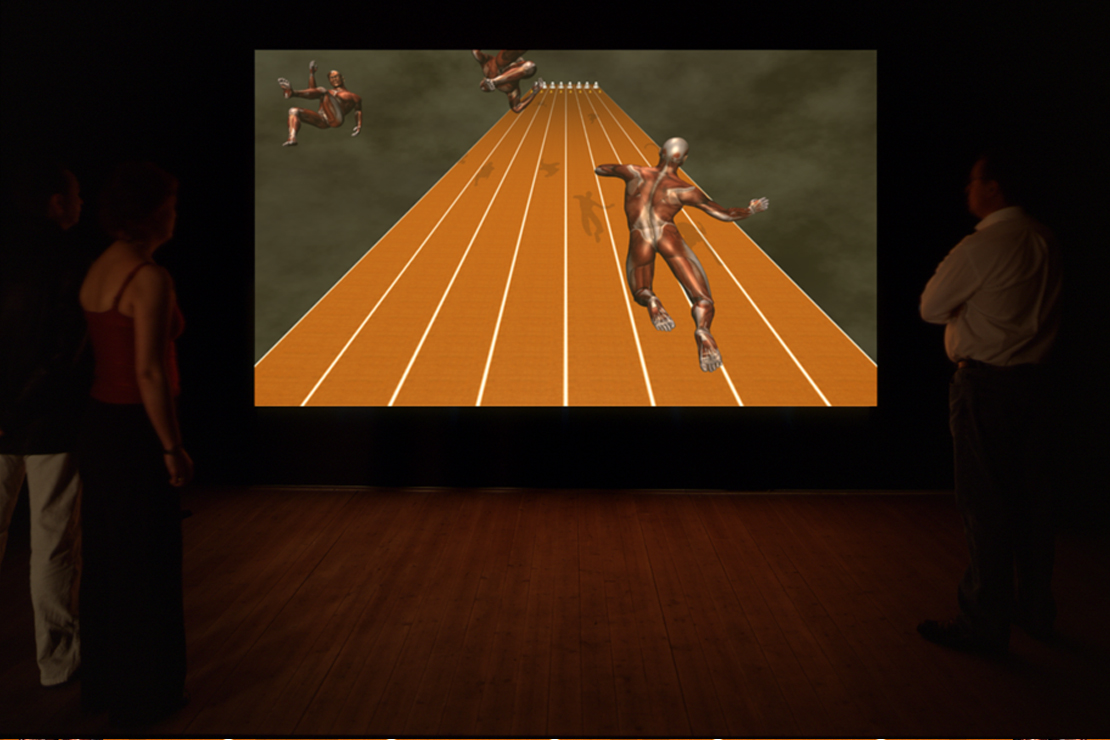 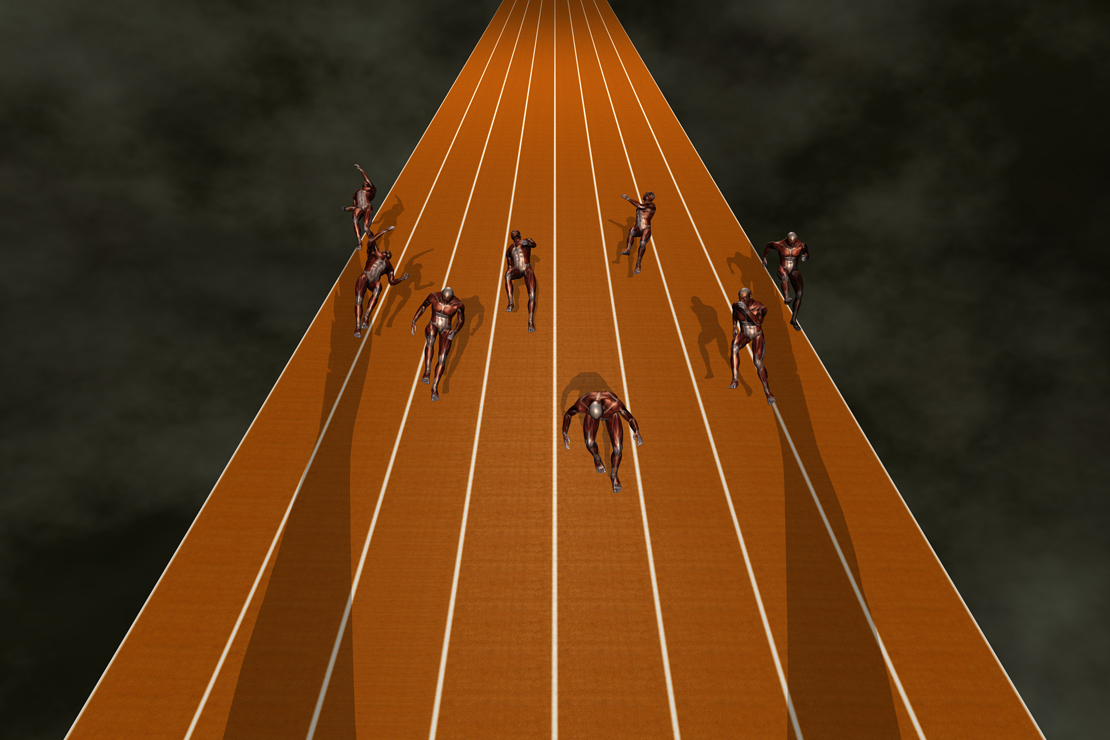 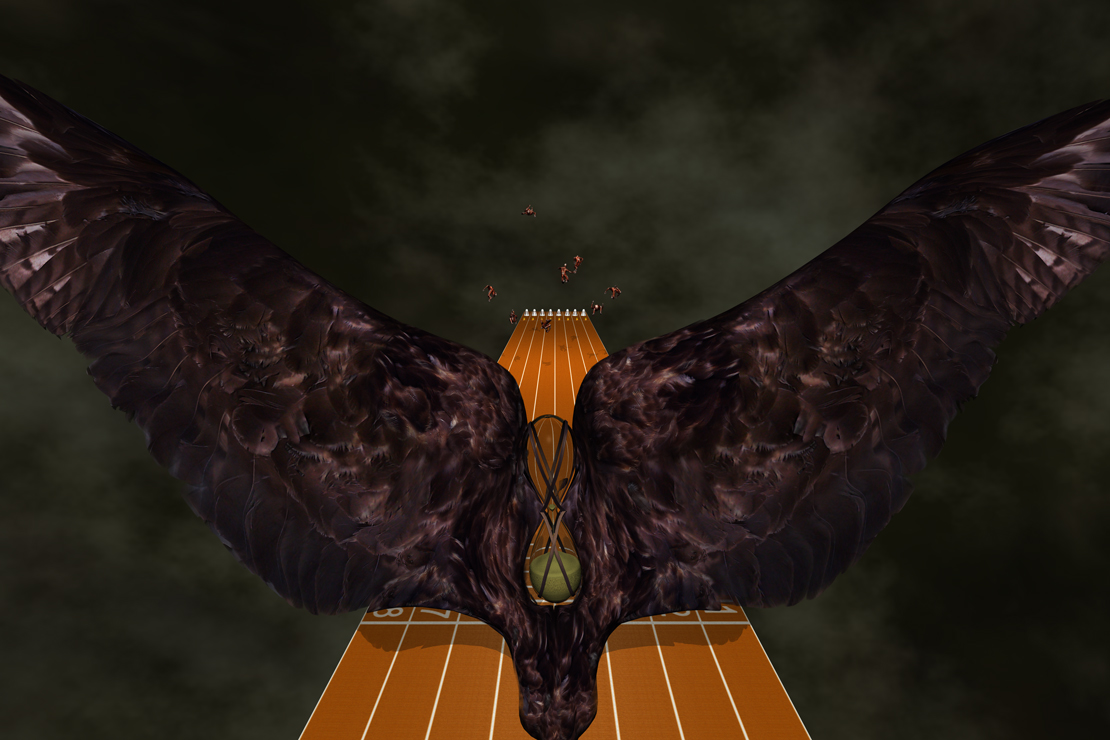 My aim with the film Anatomic Flop is to make visible the questions that concern the consequences of the Western culture- image of the normal body. The effort from a normality conception in the Western society has created an utopian image of the rational ideal. From a historical point of view, it becomes visible that the way we perceive the body has changed from a subject into an object, which has led to a classification of what is to consider as a normal respective an abnormal body.

In Anatomic Flop eight display models of muscle physiology are running at a one hundred metres running track, but on and on they are being interfered by a big winged hour-glass. The heavy stroke from the wings of the hour-glass beat the models of muscle to the ground and throws them back towards the starting line so that they never reach the finishing-line.

I have chosen a hundred metres running track to visualize the marked measurable condition wherein the eight models of muscle physiology are found to be. The winged hour-glass is a symbol from the Black Death in the Middle Ages. In Anatomic Flop the hour-glass has two functions, one that shows the visual image of the existence of time (the organic time) and another as a functionary. The hour-glass are blocking the figures to force the rational running time.

The work was showed first time in conjunction with a solo show at Galleri Magnus Åklundh, Malmö, Sweden, (2004).