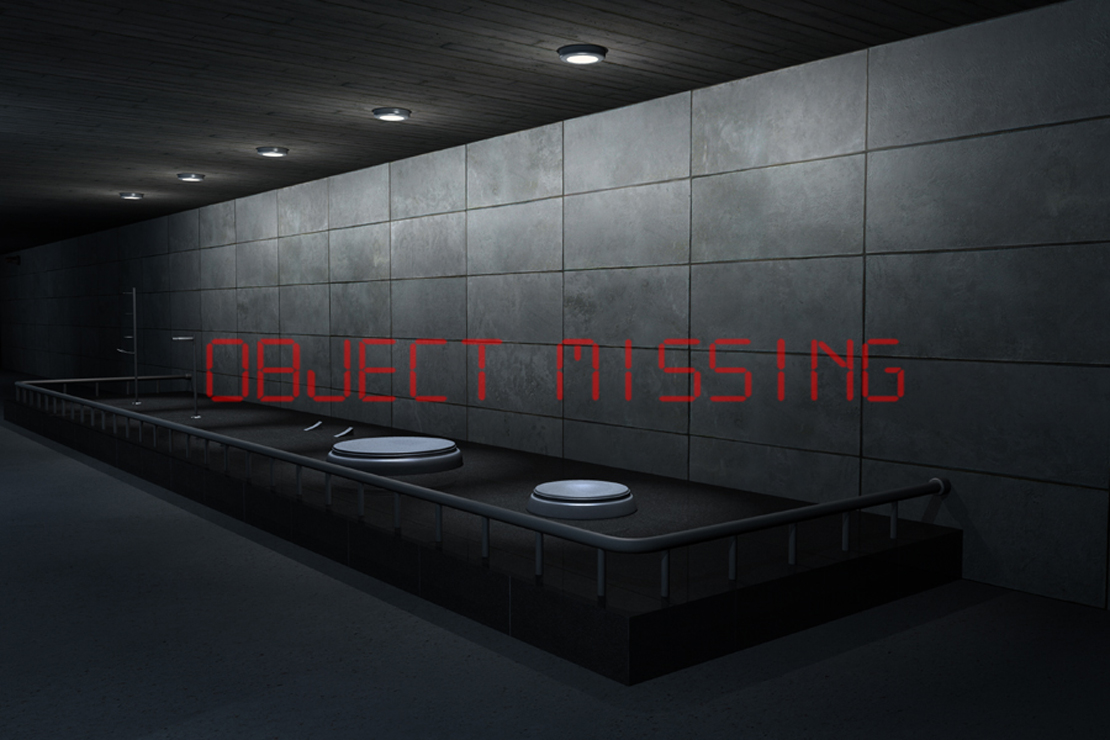 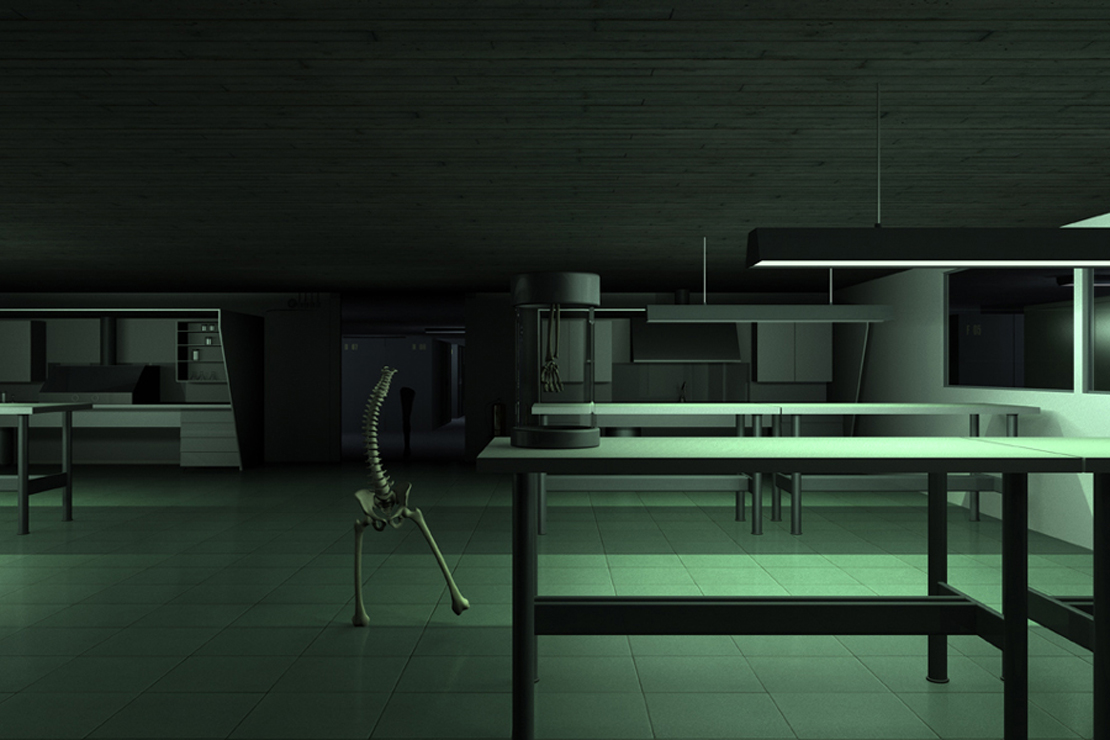 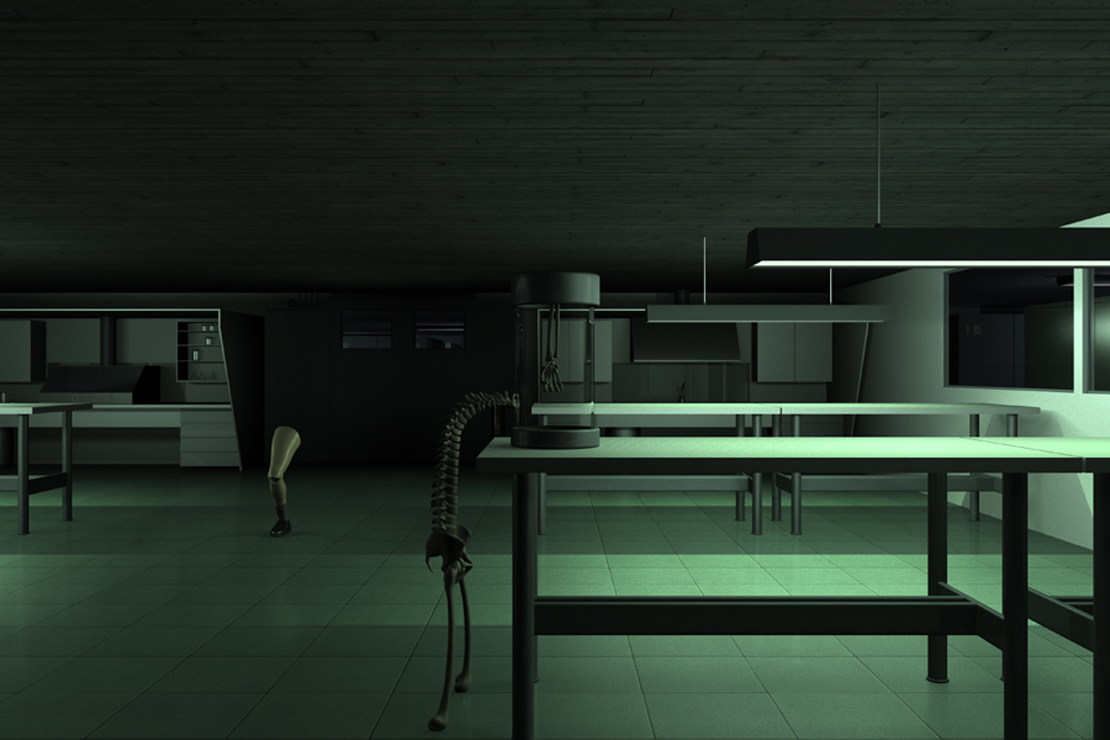 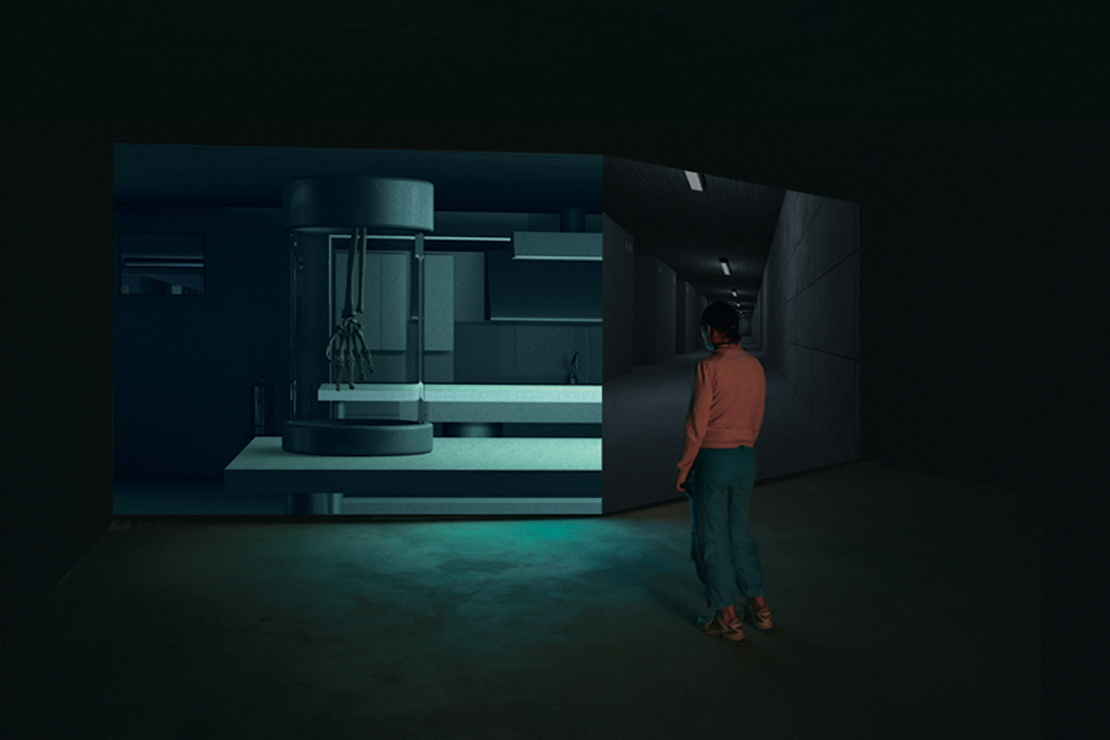 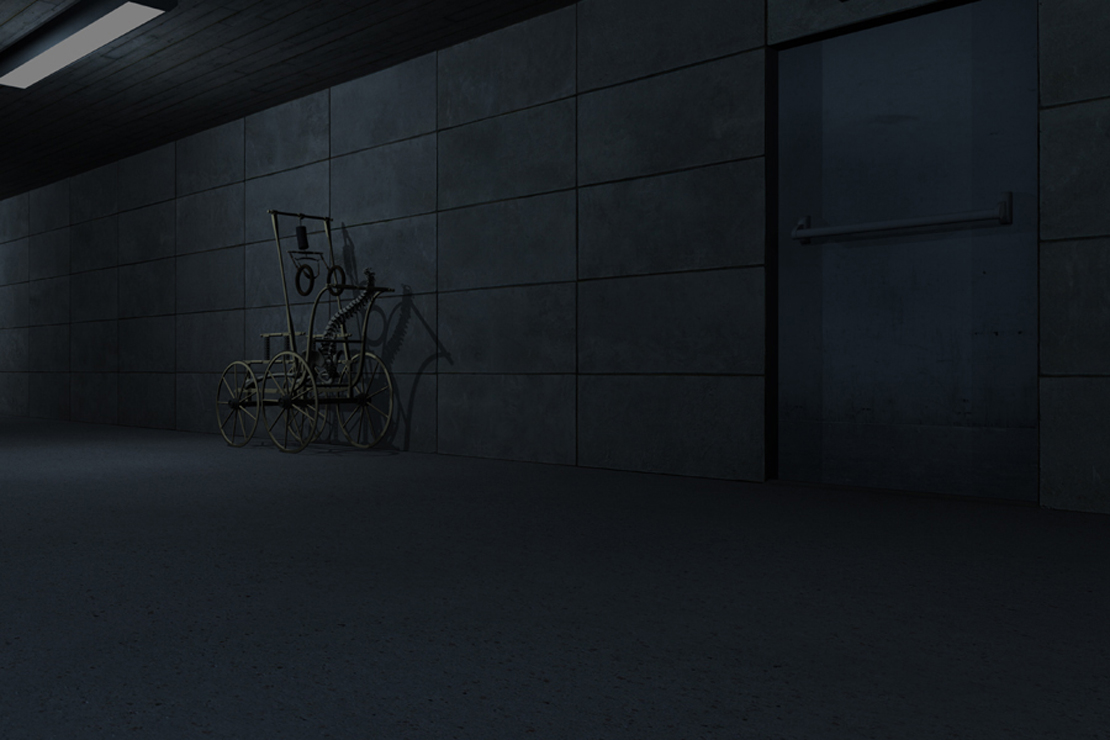 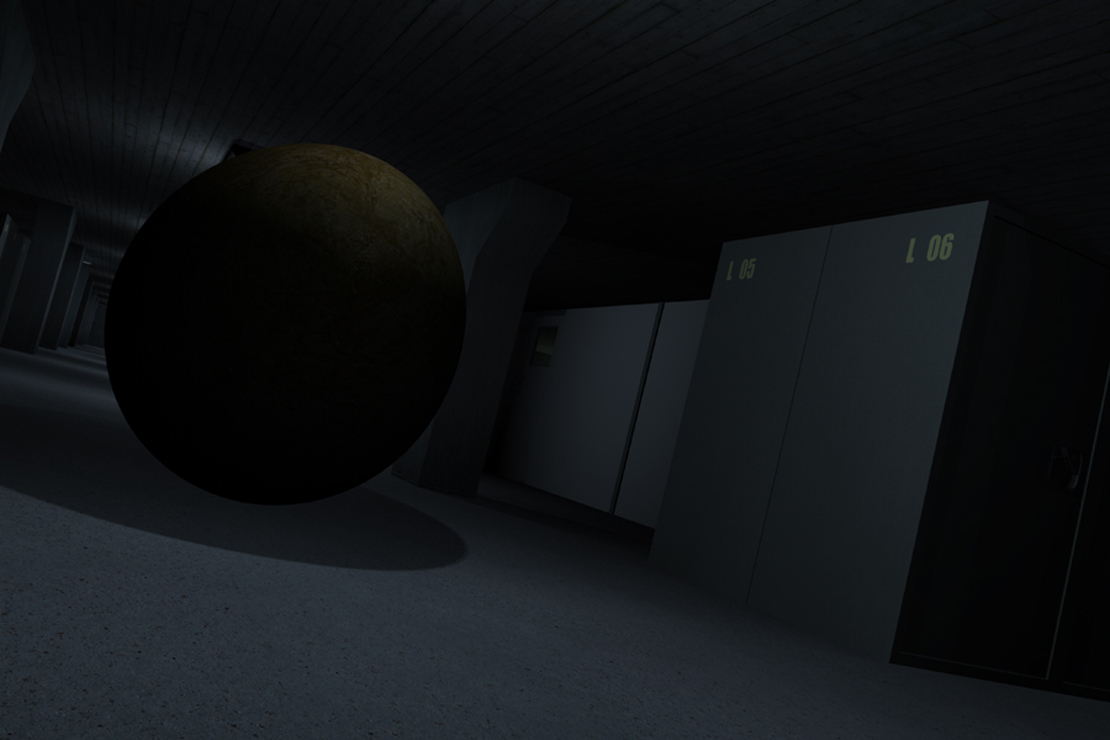 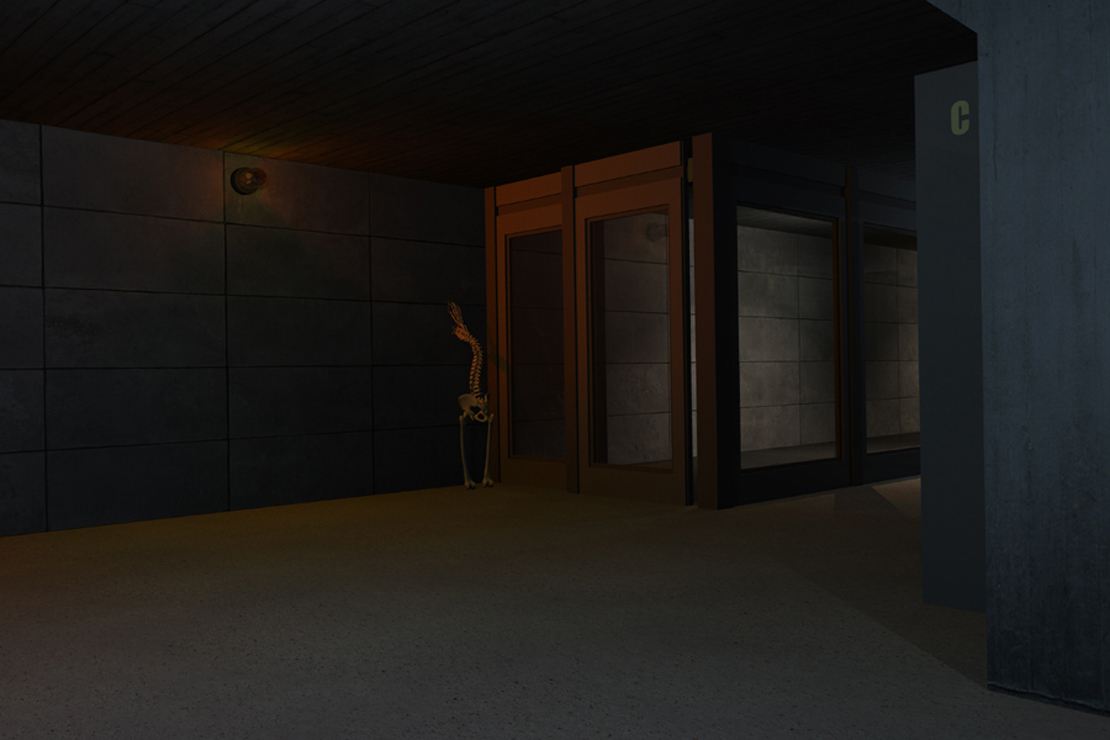 A camera sweeps along over a compact system of lined up archives. The archives are closed for the reason to not be seen for the surrounding world, already categorized and classified. There are historical identified objects constructed for the specific definition off various types of human beings and a half skeleton arm in a show-case. In the vault those objects have been packed together as a proof for the control over a collection of articles.

When the camera sweeps like a hunter for its prey it travels through the sterilized gallery paths which looks like systematically constructed registers. The camera watches over and seeks for something to break out from the early produced system pushed through as a history forbidden to be memorized and remembered, but later could be used for the purpose for scientific constructed news. These objectified articles are controlled by the camera put in the archives as antiquated products threaten to be alive just for the reason to not show any signs of latitude and freedom of actions.

In the vault a system of alarm confirms the anxiety and fear for the slightest encroachment and does also perform the function of a warning signal for possible appearance at the way out. Fear lies with the supervisor (camera) because of the reason that the objects that it watches over has already through classification been condemned to be a menacing danger.

The anon.installation consists of two screens projected in an angle as to be viewed to the visitor. By standing in the middle of the ten-meter wide installationroom the sequenses of the film anon. creates the encouragement to the visitor following the narrative filmtechnique. As the attention has been drawn to the observer, it is possible for the visitor to hover between the two screens observing and visualize the course of events in the lins of the two hunting cameras in the film. The size of the two screens has been composed to make the overwelming experience whatching anon. Within the attention in the installation the colour of the innerwalls painted in black and the volyme capacity the three dimensions has formed the integrated caracter of anon. installation as the comprehensive view.

The work was showed first time in conjunction with a group show at Firewall,