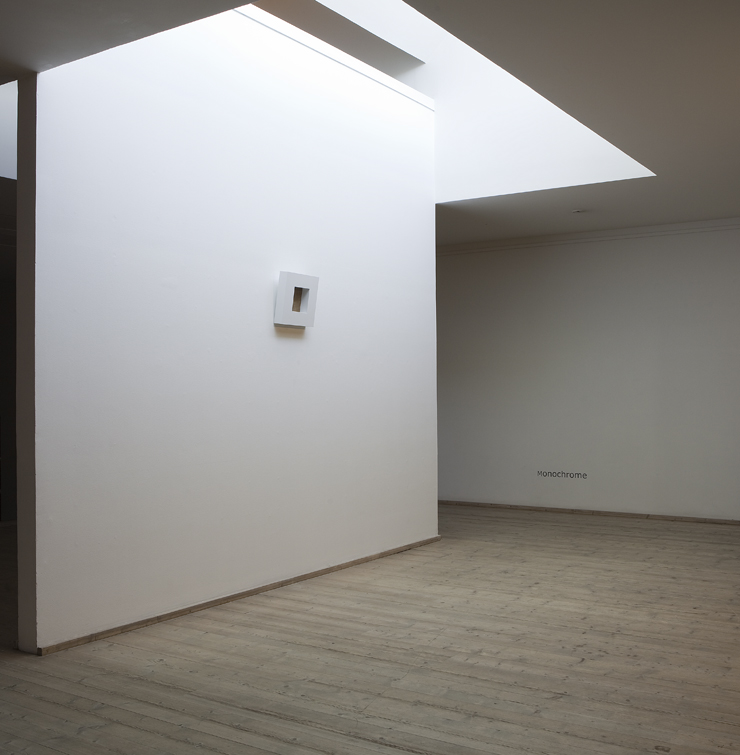 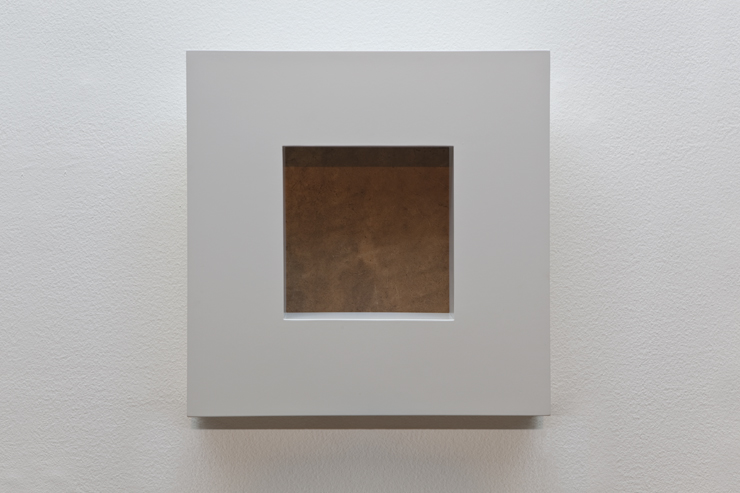 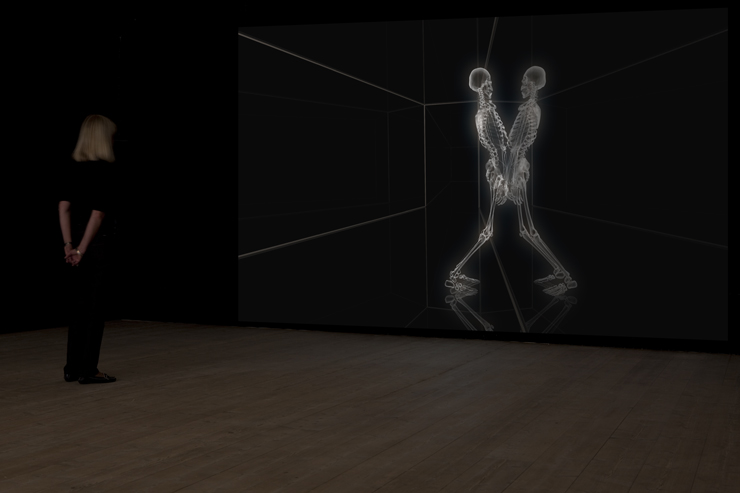 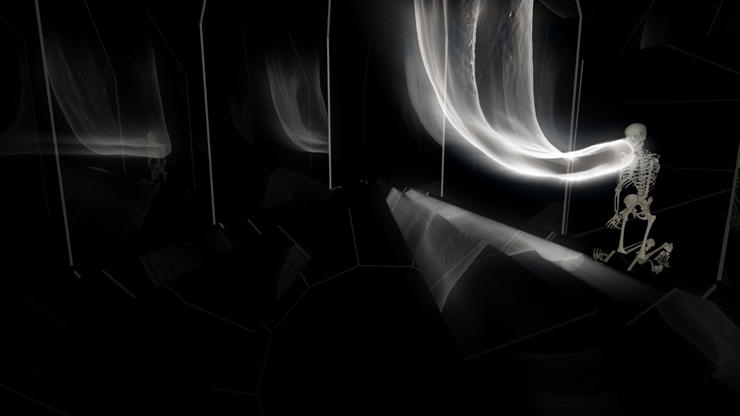 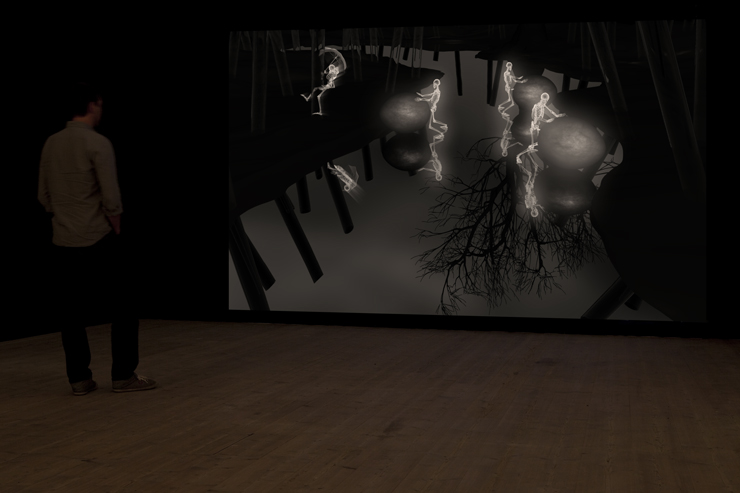 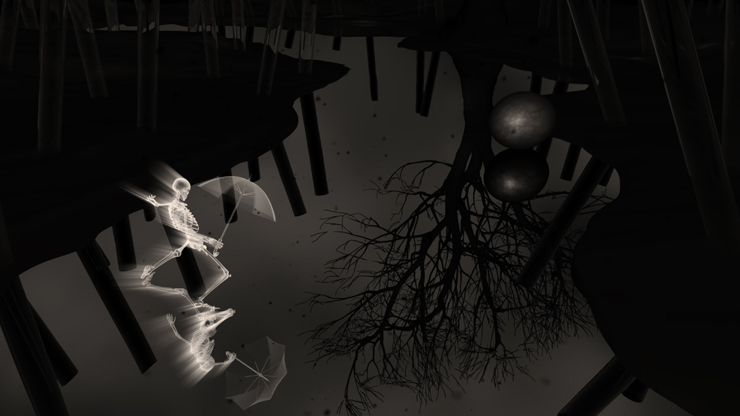 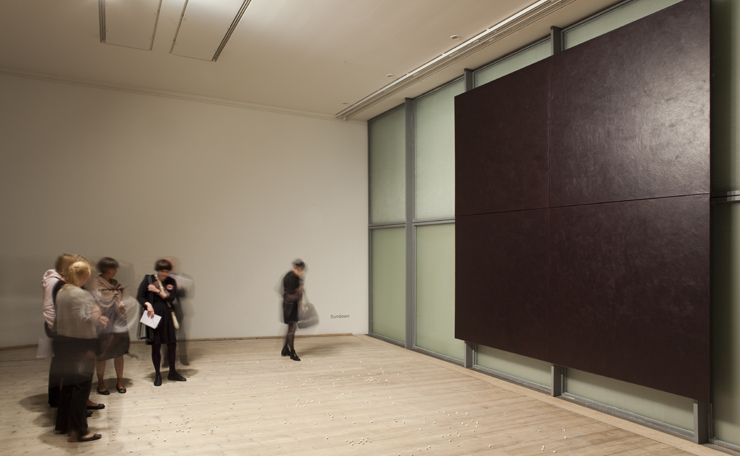 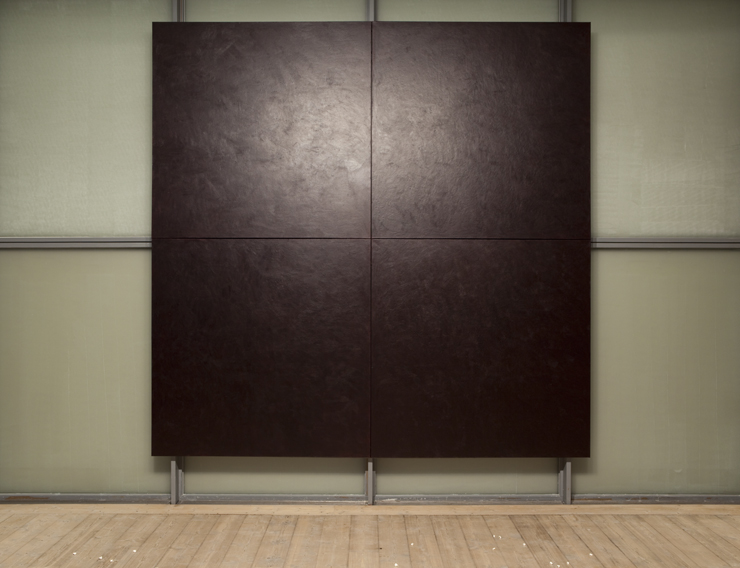 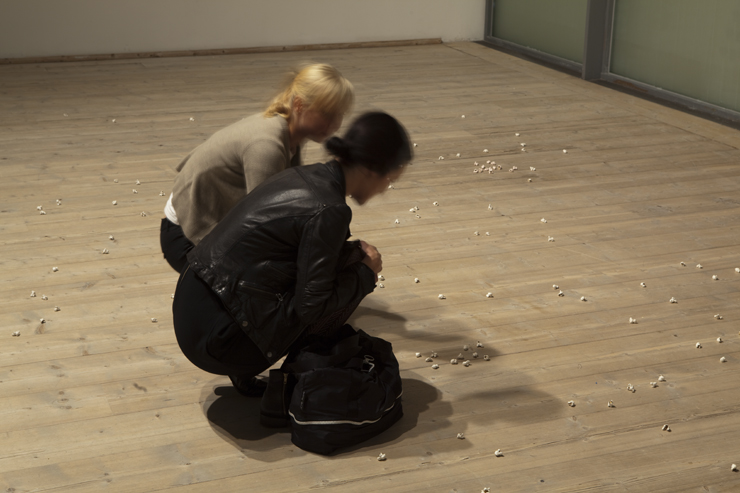 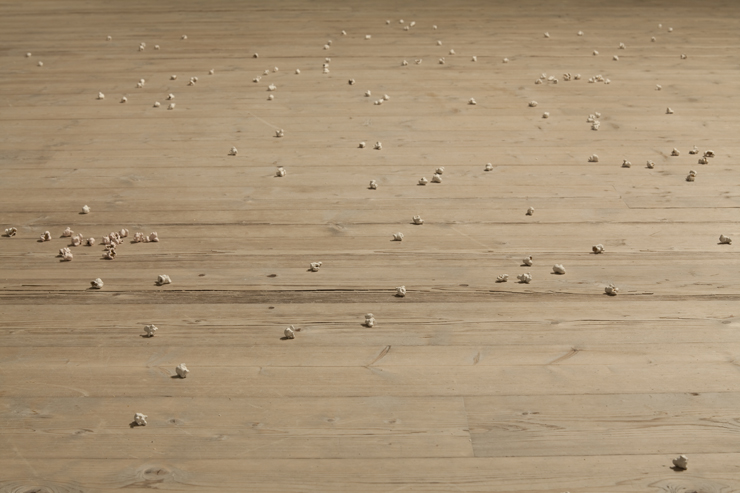 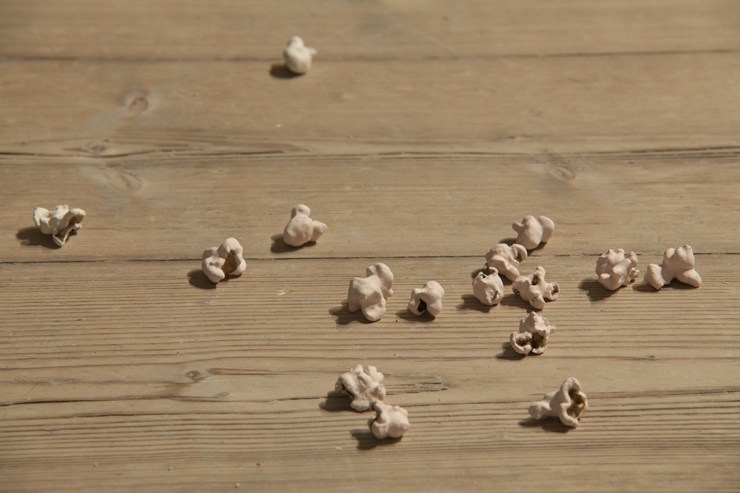 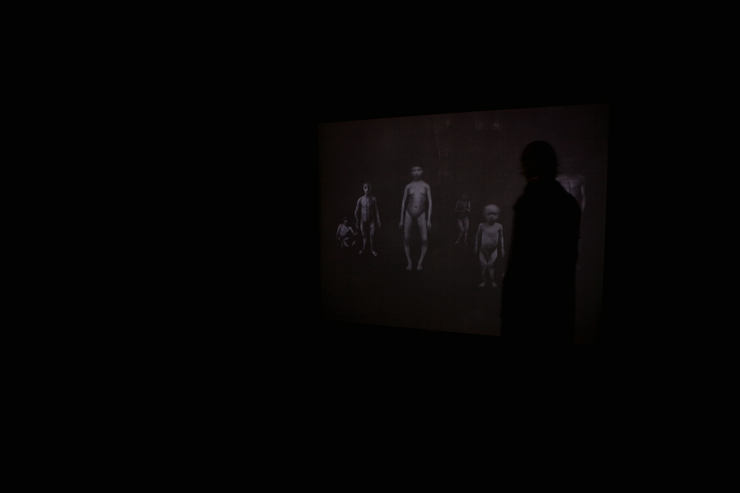 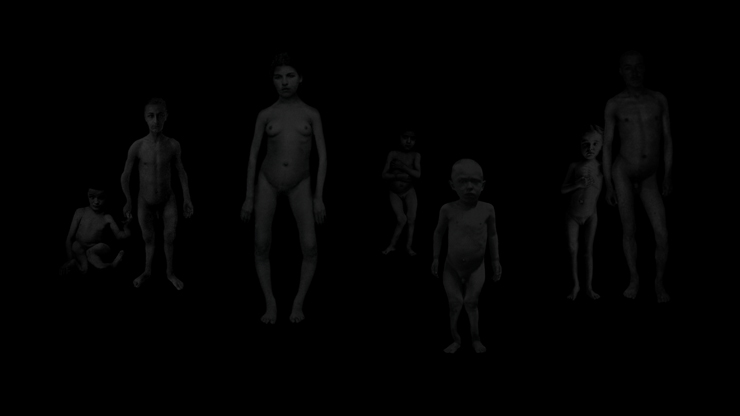 Instrument is an exhibition that occupies the entire Art Gallery. The darkened space creates a dramatic setting in which the individual works emerge. The Art Gallery, designed by Johan Celsing in 1999, appears transformed into a vehicle that takes the viewers on a journey that is a dark tale – dreamy, challenging and curious. Often employing computer-animated films, Magnus Wallin’s pictorial world is inspired by historical artworks, anatomical models, early 20th century medical publications and contemporary imagery reminiscent of computer game technology.

In the artist’s work, the traumatised body with its handicaps and dysfunctions has become a metaphor for the individual’s vulnerability. In discussions of ideologies, ideals, fear and power, the artist has pointed to the underlying notions that form the basis for how bodies are represented. Defections and perfections, the assumed good and bad, have been problematised and depicted. In the market’s utopian ideals of perfection, a paradisiacal state, where the subject long ago has turned into an object, there is no room for memories of pain, the traumatised body’s visualised pain.

The figures in Magnus Wallin’s 3D animations Mission (5:46 mins) and Colony (7:20 mins) are skeletons, symbols of corruption, presented as a kind of translucent X-ray images. The scenography of Mission is a rational system – in the form of a panoptikon, an all-seeing eye, an instrument for surveillance – which includes the individual human being and his or her existential possibilities. Integrity has been replaced by conformity and surveillance, upheld by an organ that can be linked to both speech and taste – the tongue.

Colony references Hieronymus Bosch’s triptych The Garden of Earthly Delights, 1500-1510. The painting is an interpretation of paradise with people, who, unconcerned about the concept of sin, indulge in all forms of amusement. The landscape of Colony is a frozen river, with a limpid, glassy ice, a defoliated, many-branched tree and dark formations, which, like black trunks, flank the stream. In reference to pictorial recent history, the skeletons, which fall down from the sky under umbrellas, are reminiscent of Mary Poppins and the movie character “The Terminator”. The innocent and the playful intermingle with the rather more pragmatic and frightening. The skeletons are equipped with ambiguous fig leaves – the sign of the Fall – and set to work on the large egg shapes, which float down the river like lifeboats, until they can continue their journey enclosed in their shells, enclosed in the womb and in the illusion of a painless state of being.

Unnamed (10 mins) is an animated film, whose vague, slightly moving human figures are based on photographs from the book Lehrbuch der Chirurgie, 1922, by Carl Garré and A. Borchard, Berlin. The figures appear to become animated and by quiet movements they emerge from the shadows of history. The photo originals are of people who have been defined as different due to the fact that their bodies deviate from a set norm. The work is installed in an inner room in the gallery, below the upper floor, signalling associations to people who have been shunted, cast aside, ignored.

The exhibition comprises two paintings. Inside the entrance on the right, the viewer encounters Monochrome, which is partly composed of skin and whose expression relates to modernism. At the far end of the gallery, beyond Mission and Colony, is Sundown, a painting of blood mounted on a wall facing Lake Värtan and the inlet for large ferries. This sundown occupies the room and gives a dark premonition of impending doom. Collection is a work composed of a number of painted sculptures of popcorn, strewn across the floor as if after a matinee, a memory of an unreflecting condition in man, who, blasé and unaware, witnesses his own end.

It may also be profitable to relate Magnus Wallin’s installations in the Art Gallery to works in Millesgården’s Antiquity Collection and to Carl Milles’ sculptures as examples of ideals and depictions of bodies throughout art history.

All works have been produced in 2009 especially for the exhibition.