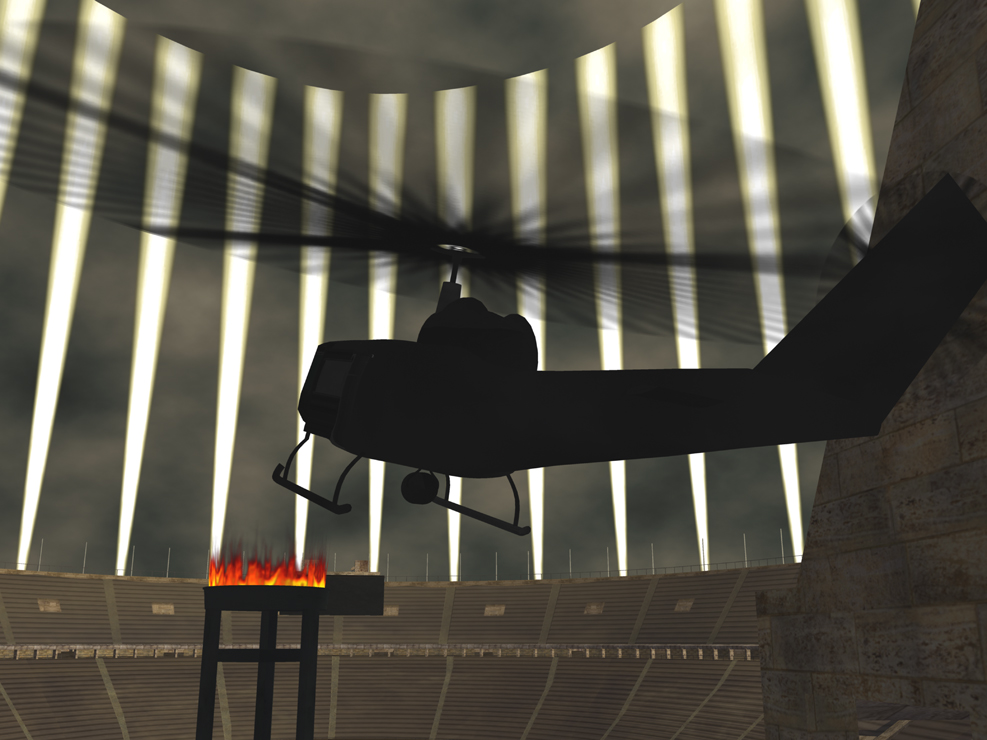 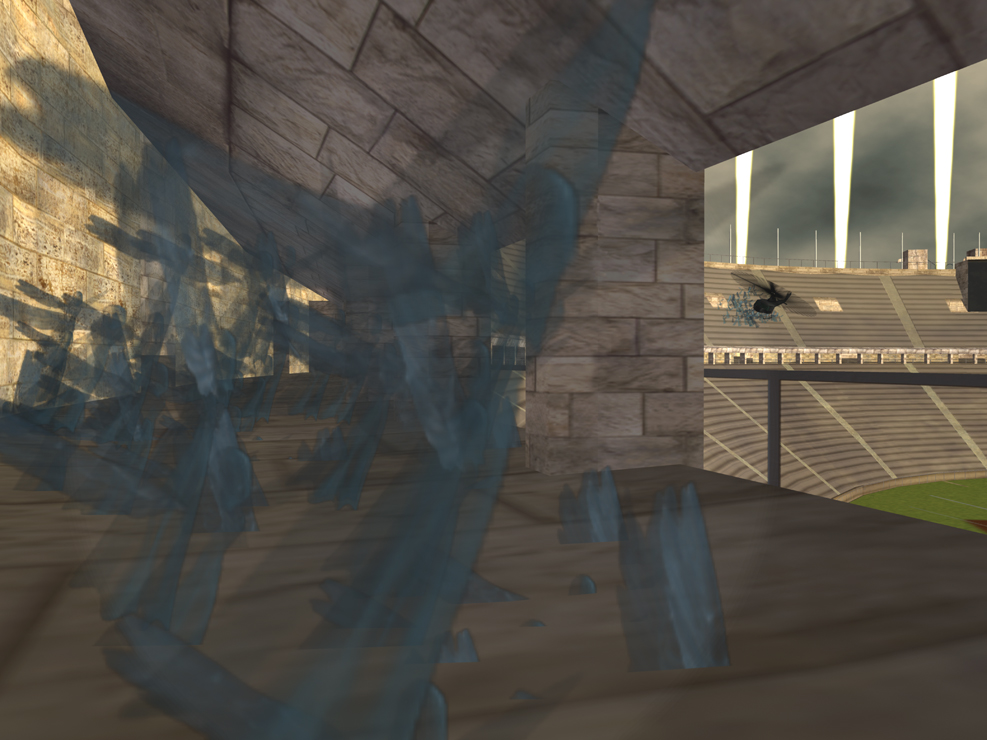 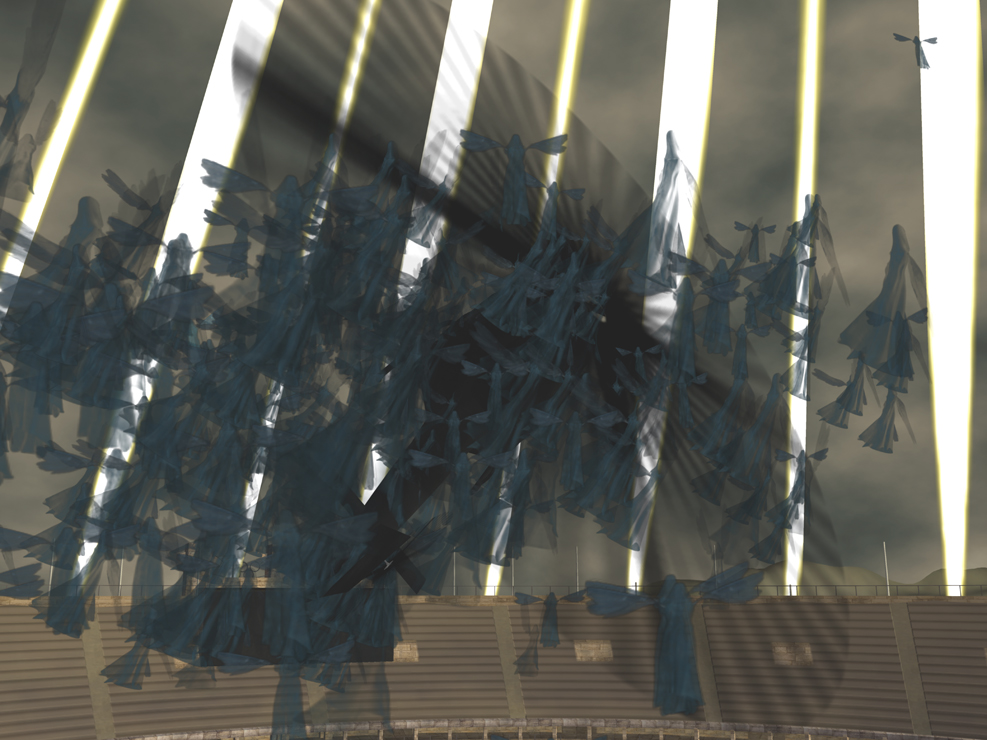 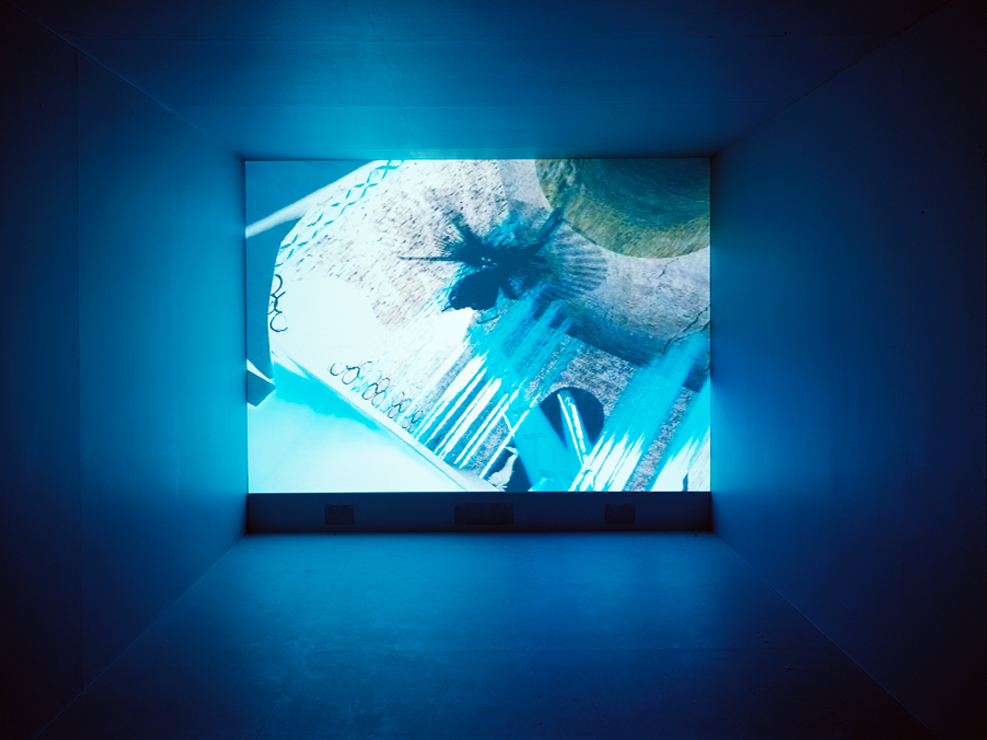 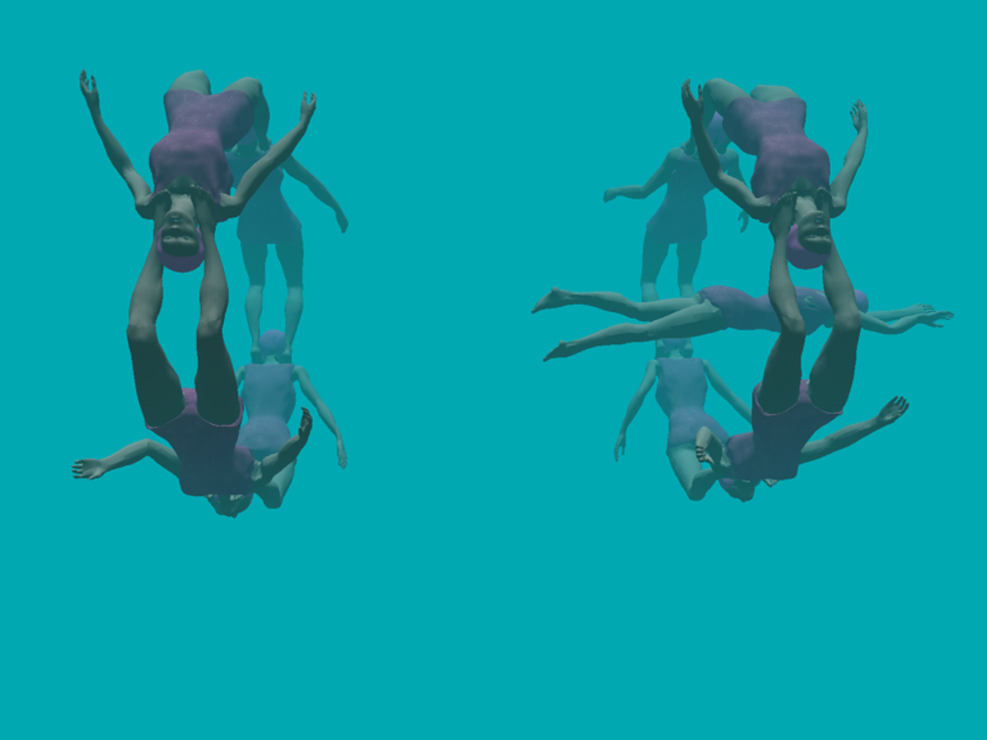 Limbo is a violent tour of the monumental aesthetics of good. The film differs from the others in the fact that it has more of an abstract structure. The angels represent an ideal. The factual reality, in the shape of a helicopter with the three survivors from Exit, descends on the stadium, extinguishes the Olympic fire and disturbs the utopian harmony. The angels therefore attack the helicopter and drag it down into an abyss. In the fall it crashes trough the eye of God, in front of which cloned Esther Williams-figures put on a perfectly geometrical display in a swimming pool. Limbo depicts a state of inertia and can be seen as a chrysalis.

The work was showed first time in conjunction with a group show at DETOX, Kunstnerernes Hus, Oslo, Norway (1999).