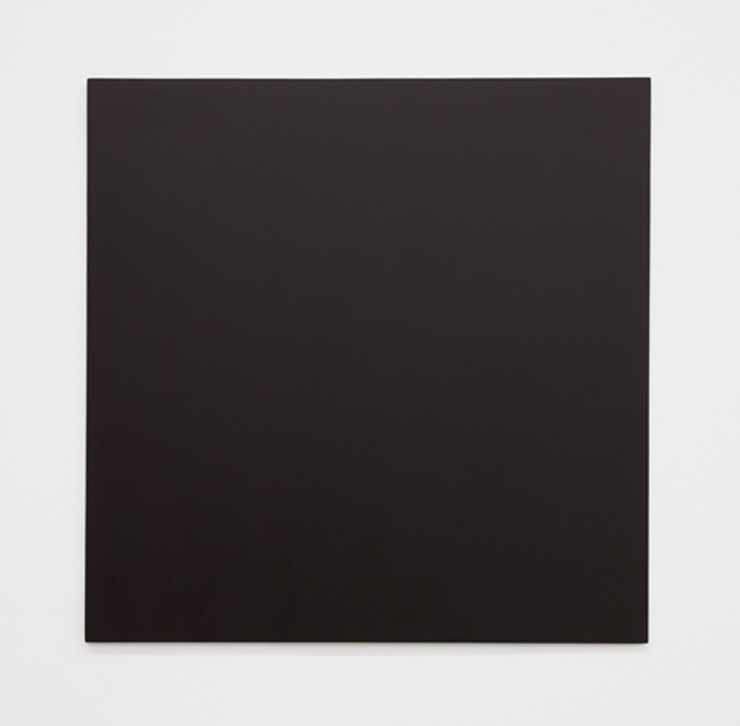 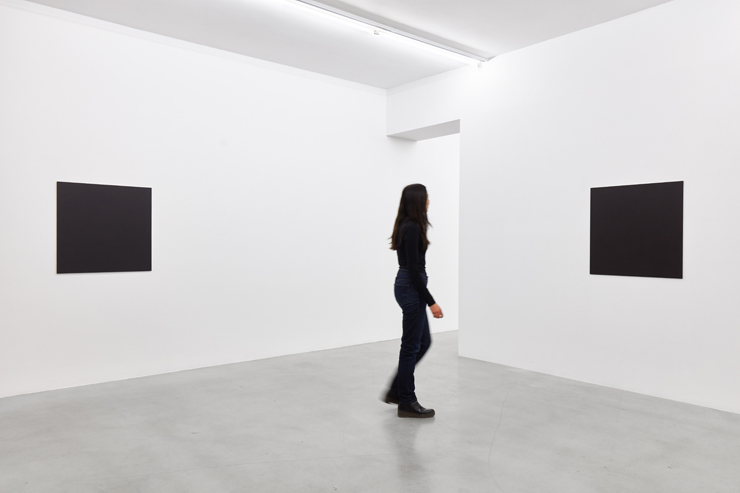 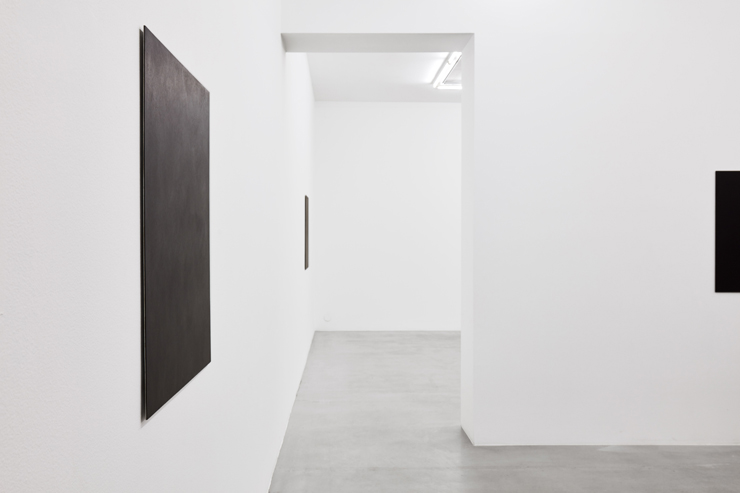 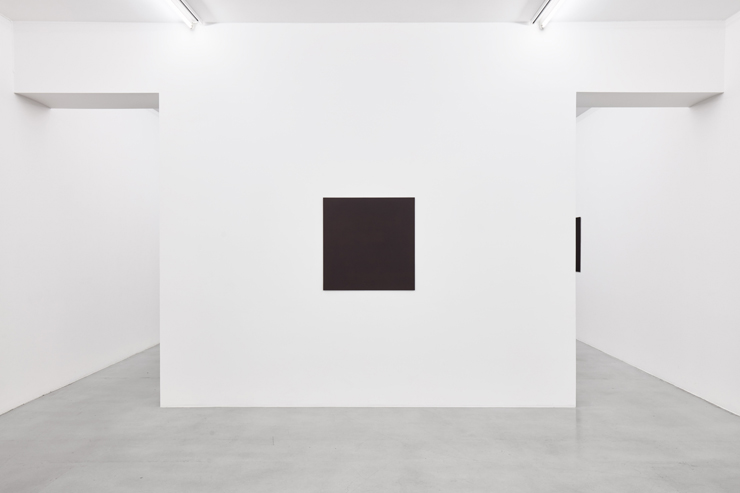 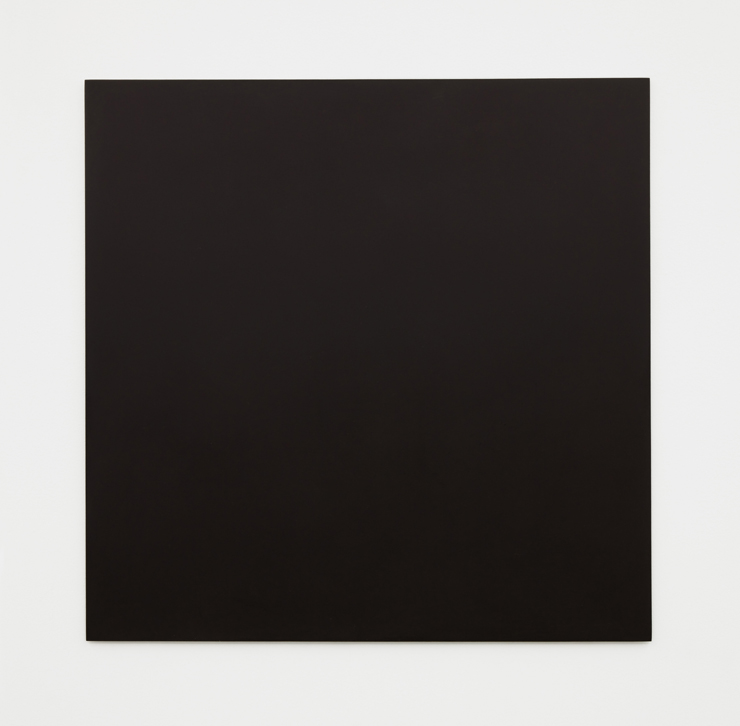 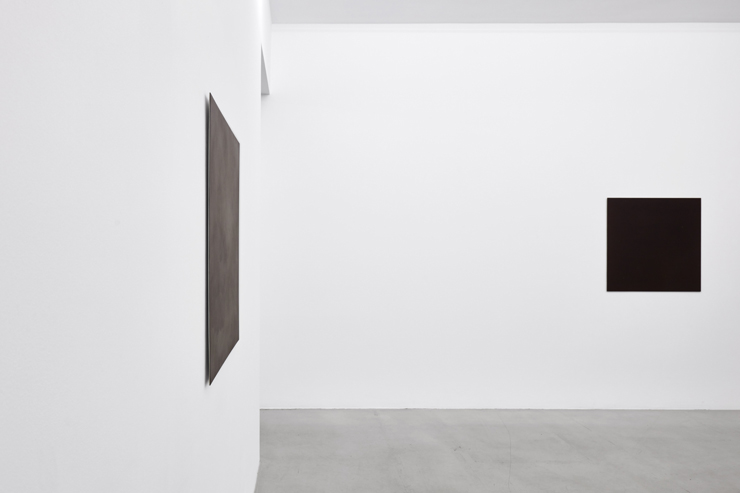 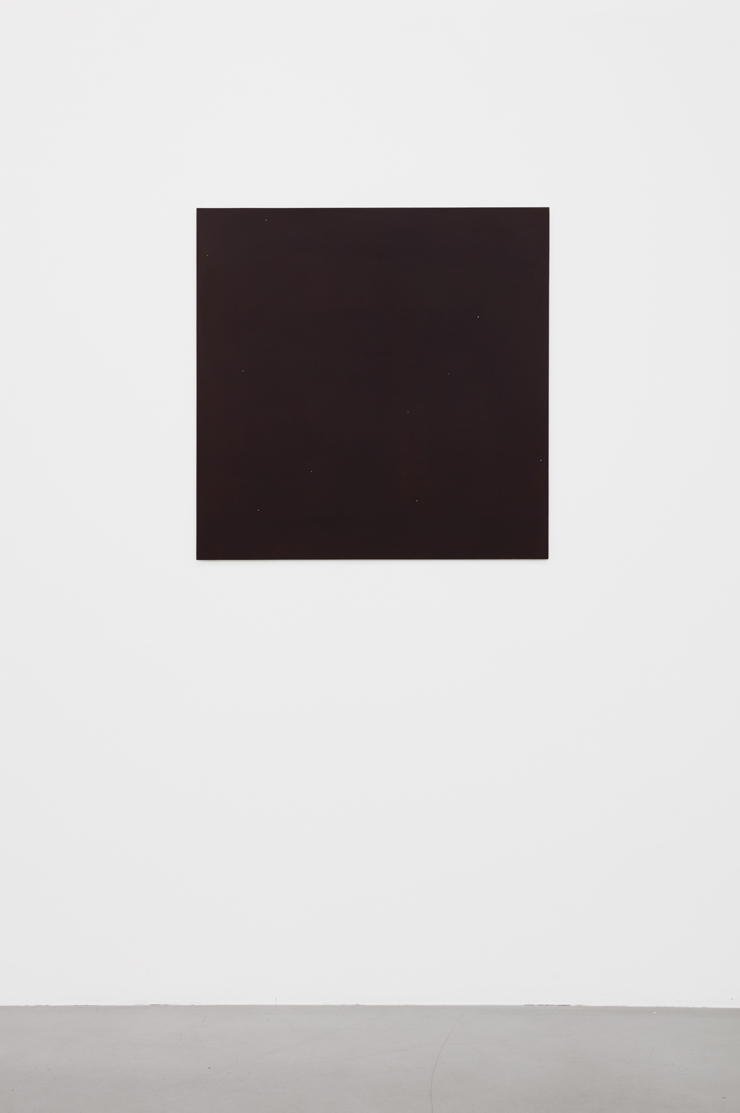 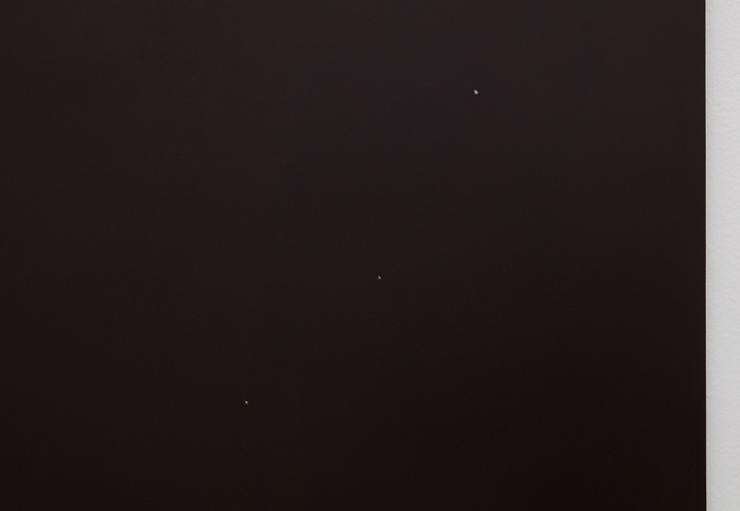 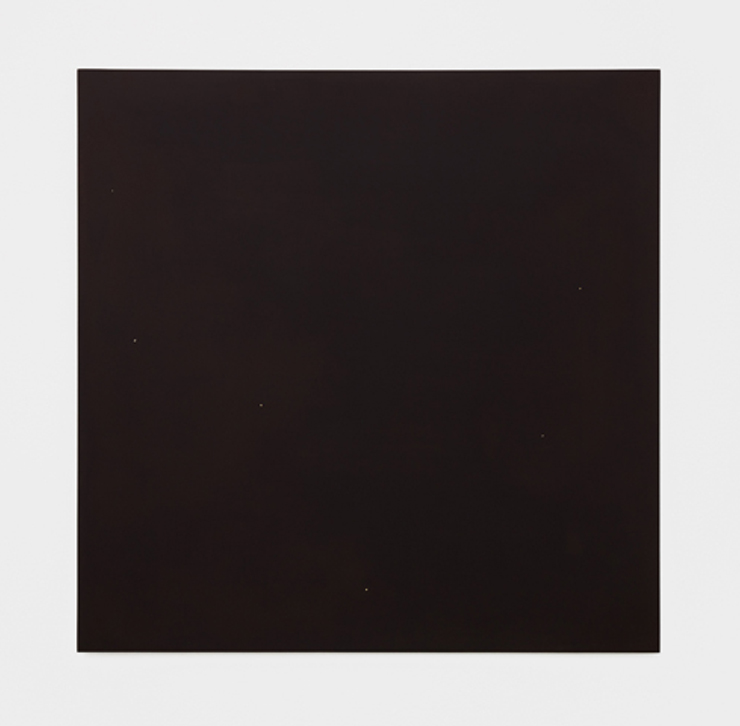 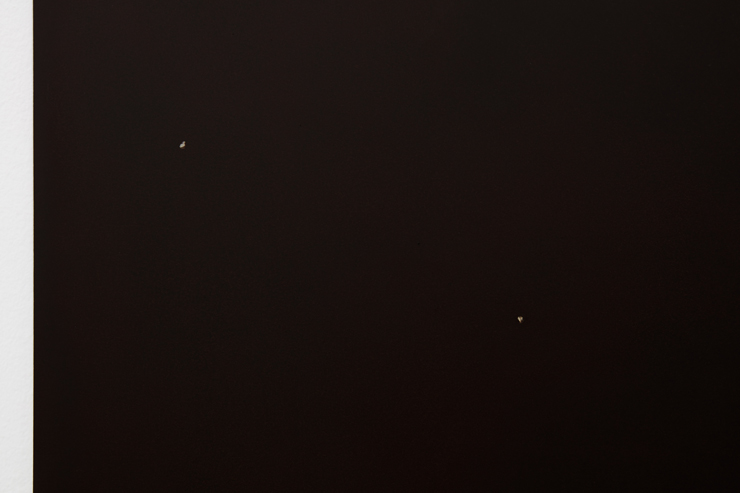 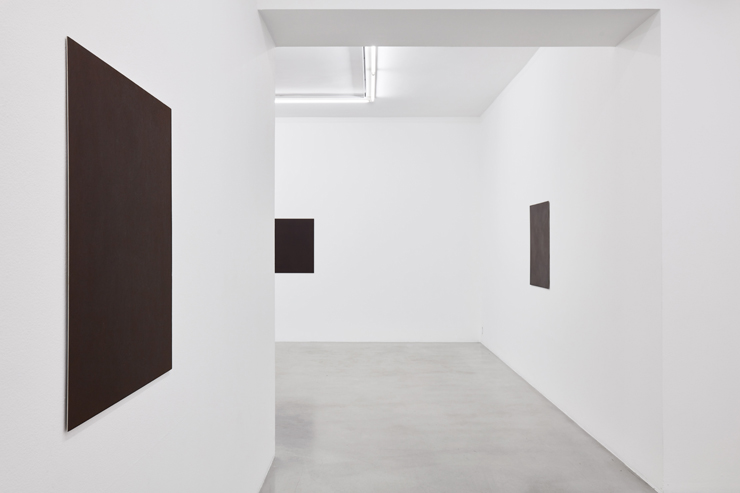 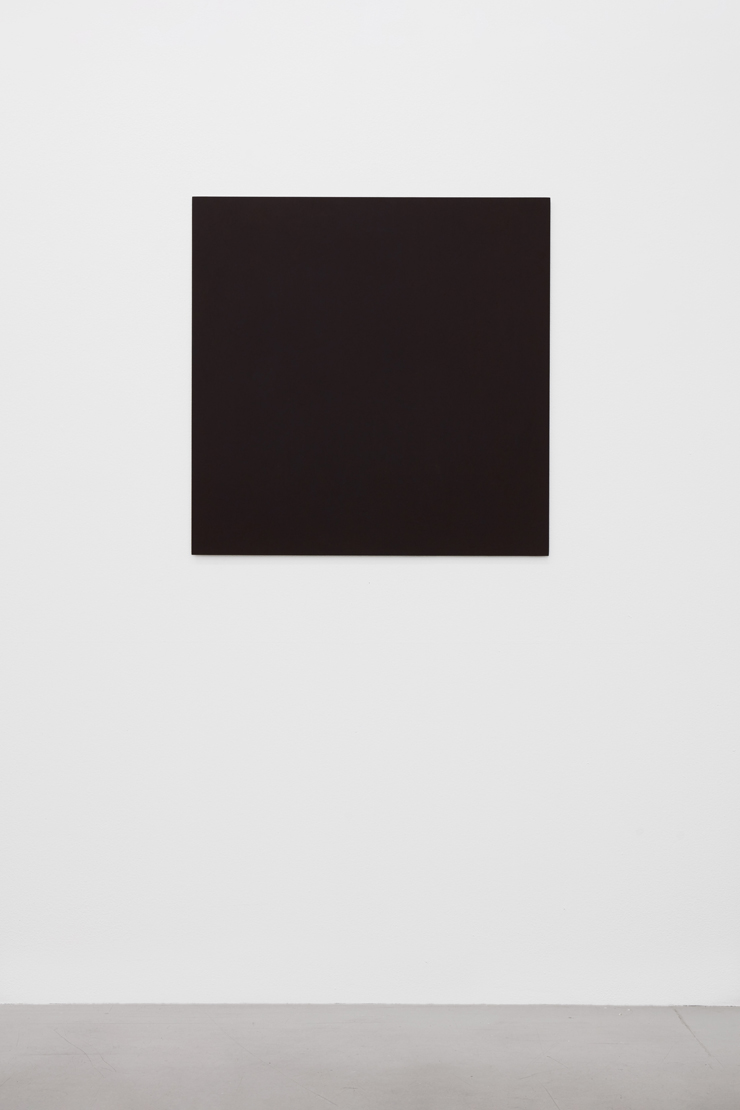 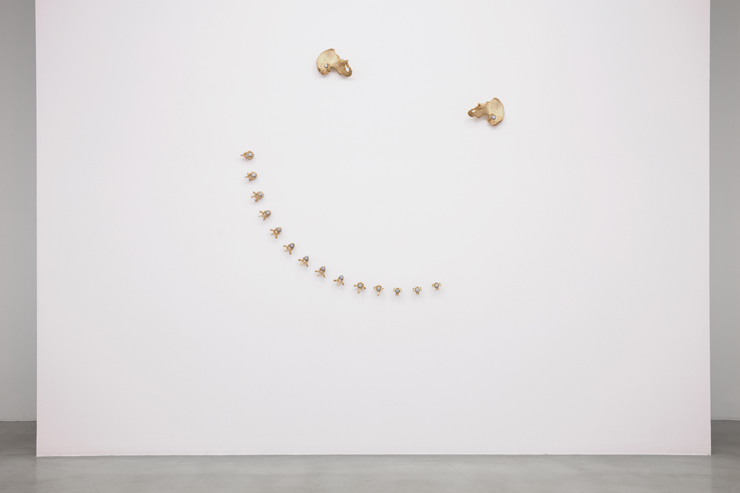 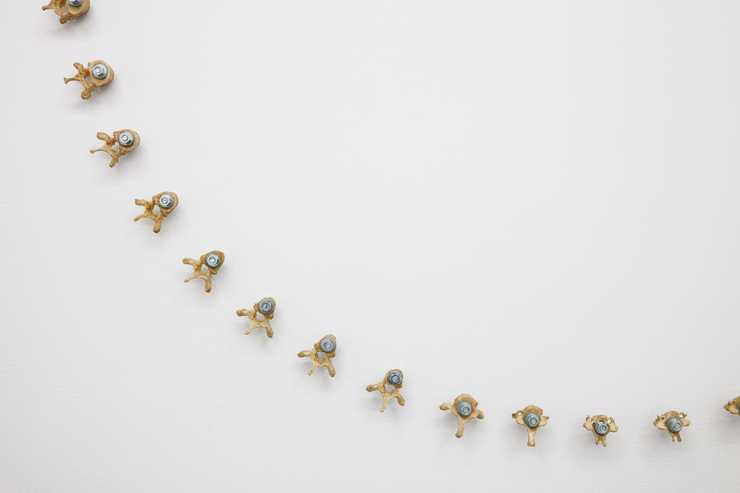 In his third solo exhibition at Galerie Nordenhake Stockholm, Magnus Wallin presents a series of paintings that, despite their bodily materiality, engage in the tradition of the Monochrome. As so often in Wallin’s work the human body is both represented and physically present in order to explore its liminal status in the social, political and historical spheres as well as art history and popular culture.

In the series Are you in pain … Not anymore, Wallin has applied layers of blood powder bound with acrylic on aluminium panels. At the dimensions 79.5 x 79.5 the format refers to Kazimir Malevich’sBlack Square of 1915. The layers have then been polished down to leave an almost completely unblemished smooth surface. From a distance they resemble jet black monochromes, free from connections to the outer world, entirely in line with Malevich’s Suprematist manifesto. The contrast between the strict format, the seemingly clinical surfaces and the actual roughness of the blood results in a both figurative and literal proxy for the human body.

In three other works entitled All those moments will be lost in time … Wallin breaks up the monochrome surface by adding bone fragments. The title has been taken from the monologue of the dying replicant Roy Batty in Ridley Scott’s Blade Runnerand alludes to the body’s limitations and life’s inevitable impermanence. The bone fragments draw attention back to the surface and act as concentrated reference points for the viewer, emphasising its corporeal presence.

Despite the gravity of the subject, format and, not least, the main material of Wallin’s paintings, his artistry is permeated with a black humour. In the last room of the exhibition the work Smiley is presented. Mounted on the wall and consisting of skeletal parts the elements form an emoji-like smiley. The hipbones take on the appearance of two hollowed-out eyes and the spine forms a broad smile. The brutal playfulness is both inviting and repulsing, humorous and macabre. With a light handed approach for mortality and an unsentimental attitude to our physical constituents Wallin reveals the belief system that governs the classification and politicisation of the body.