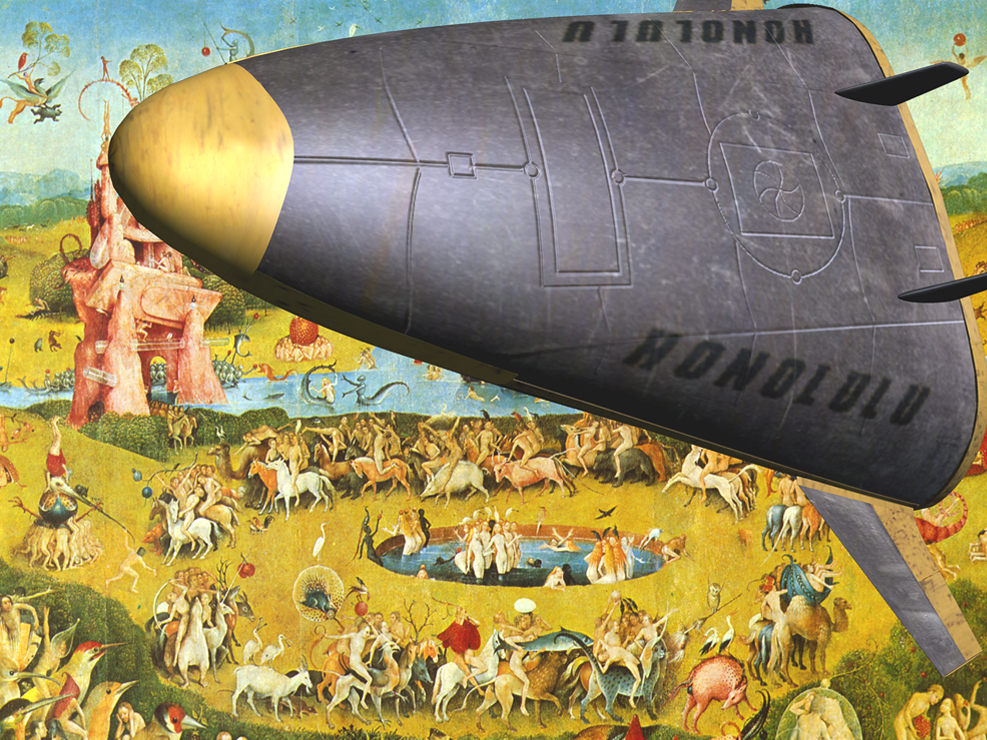 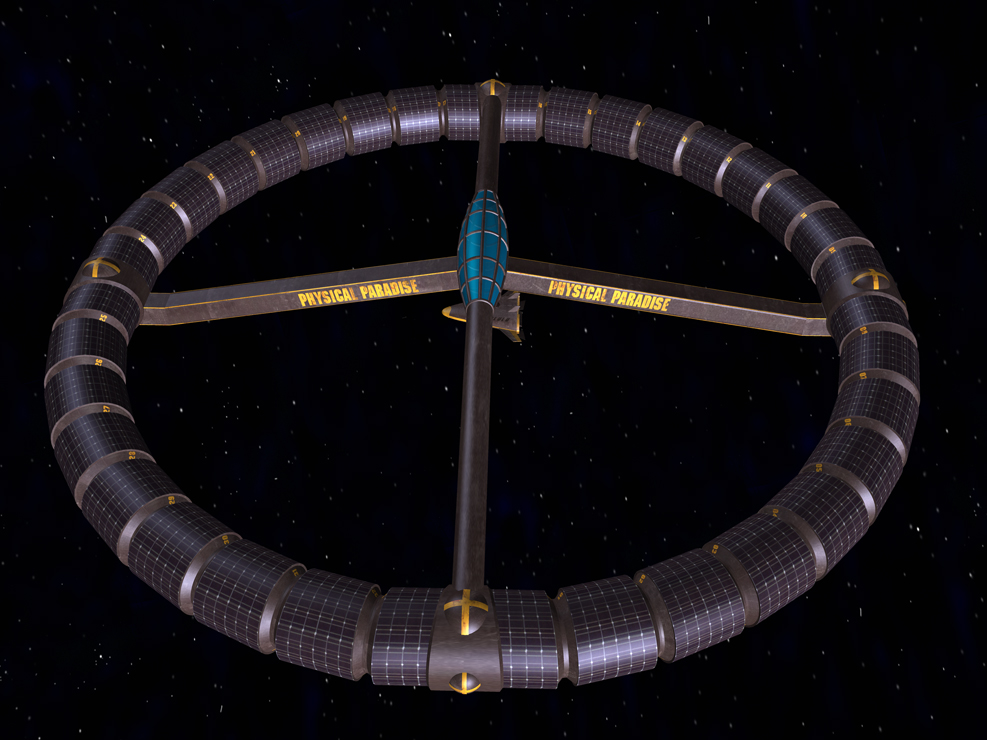 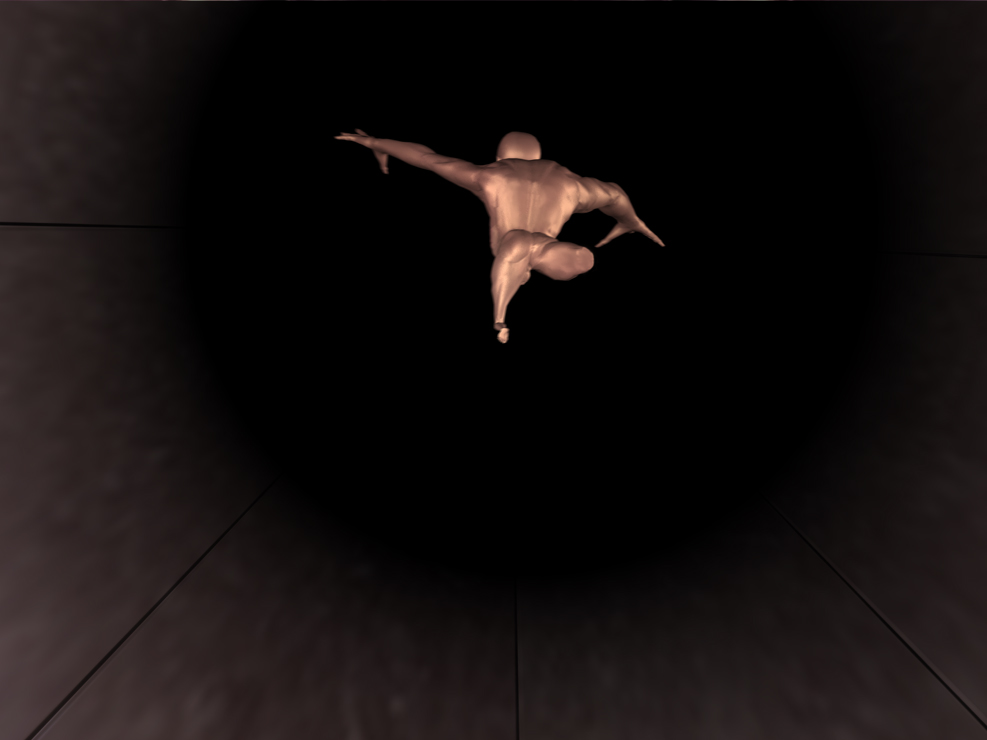 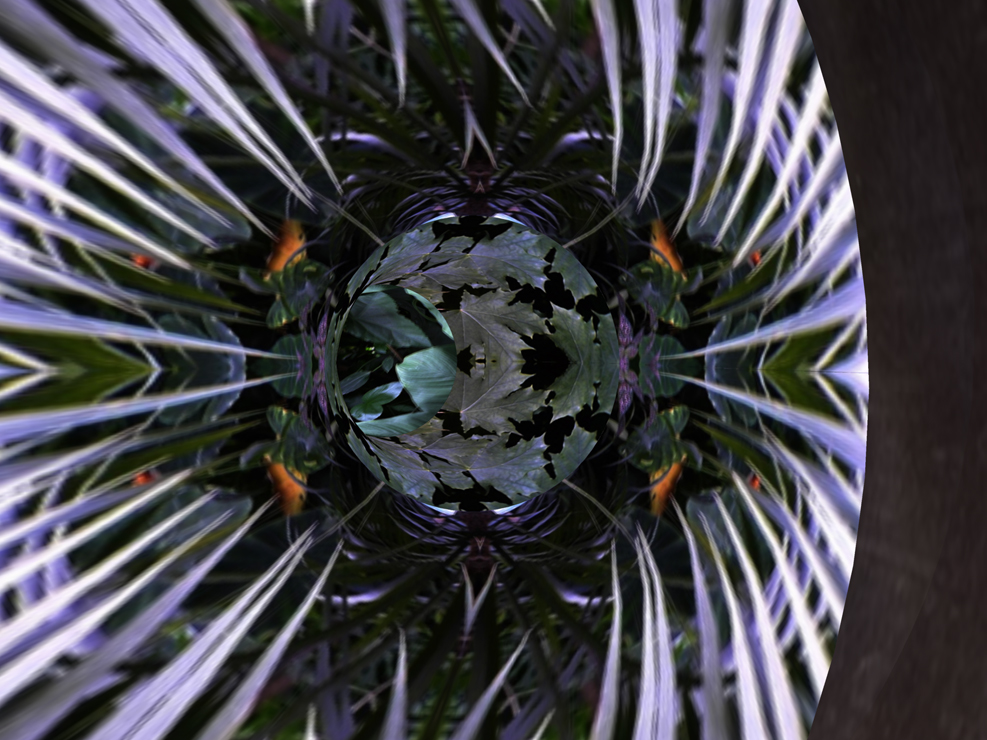 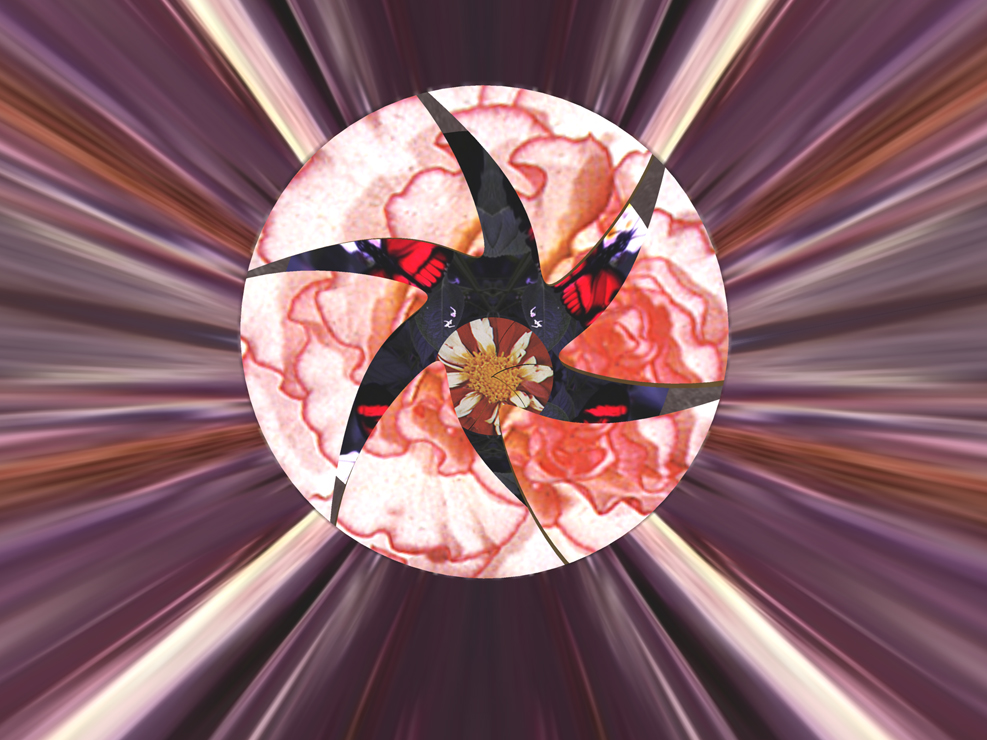 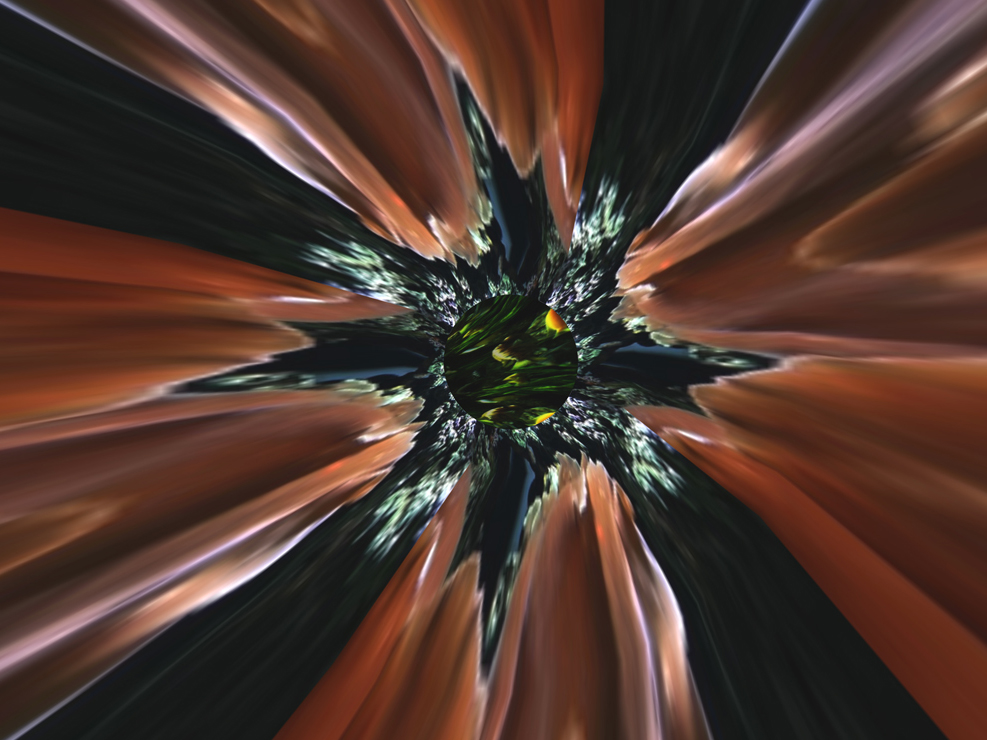 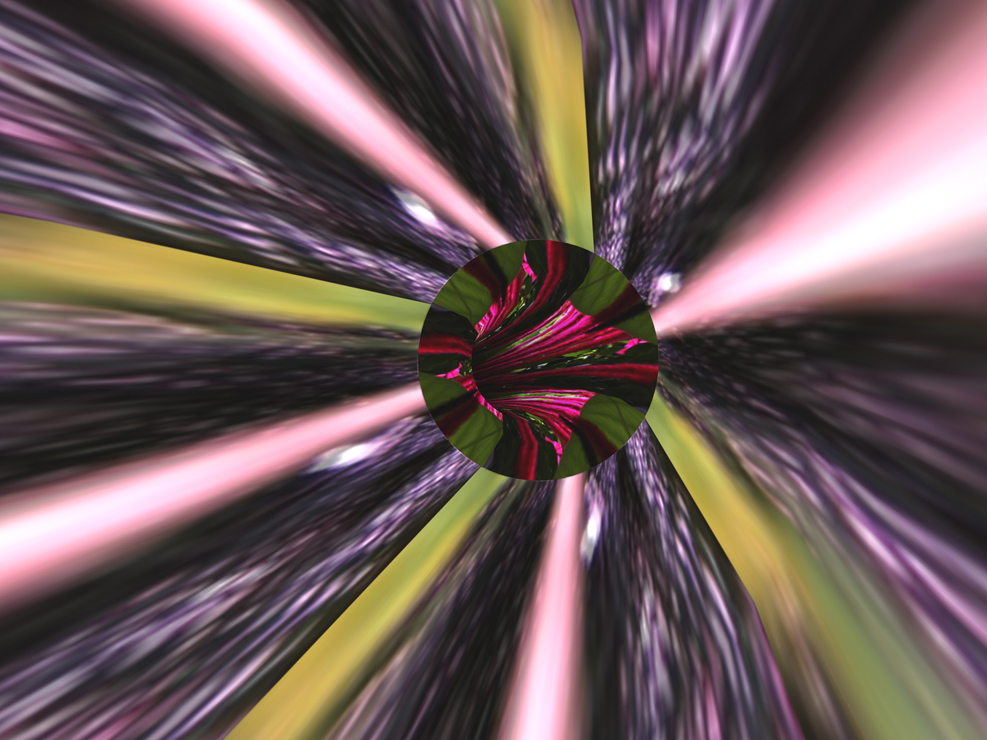 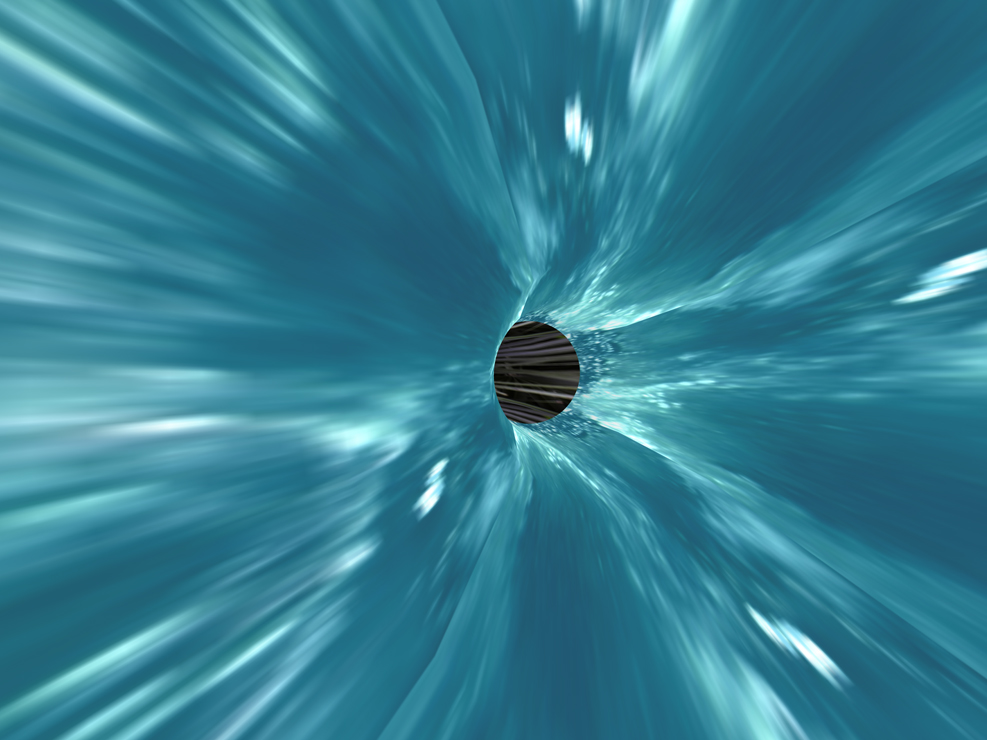 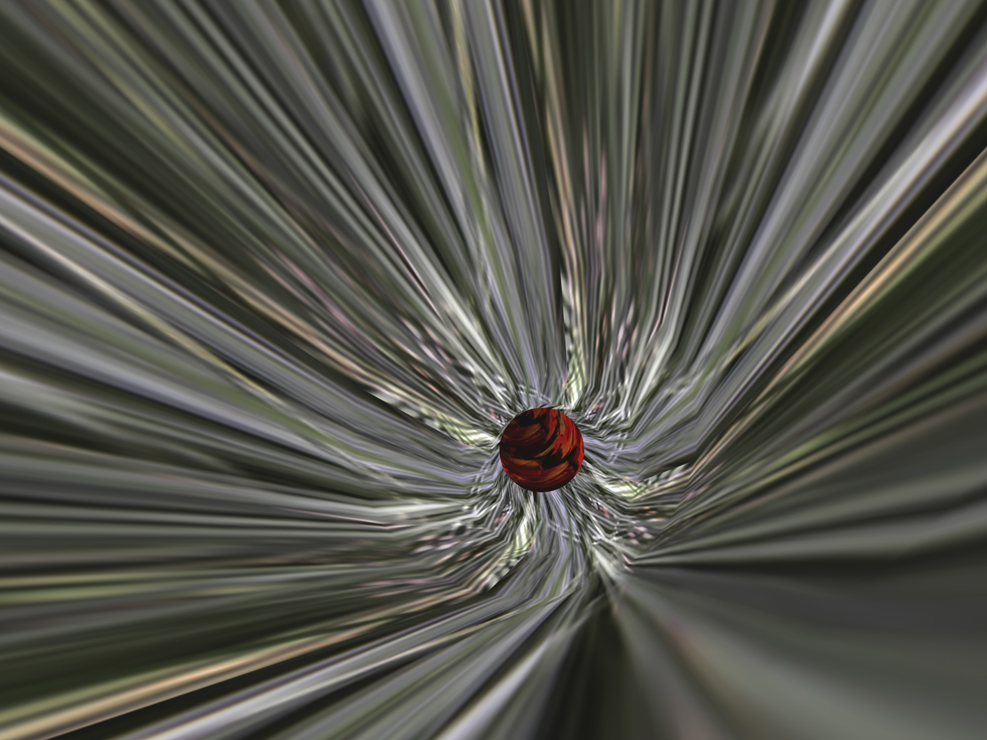 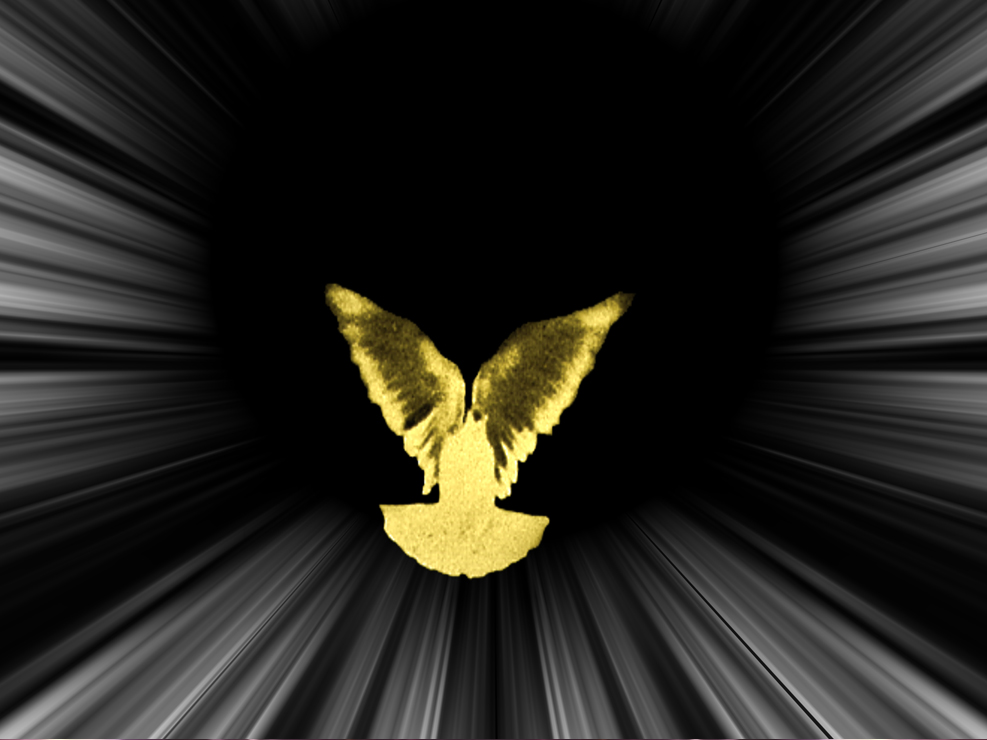 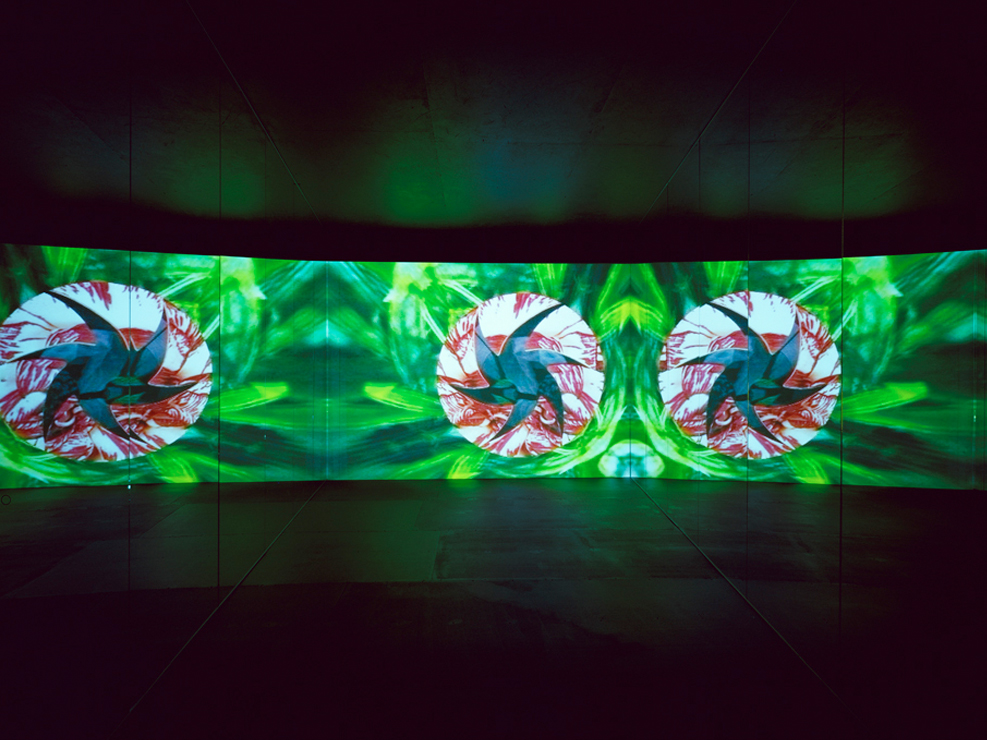 Physical Paradise expresses some sort of alternative concept of paradise. The construction of the spacecraft in Physical Paradise refers to the circular movement around a lake as seen in traditional descriptions of Paradise. In the installation the visitor first encounters light boxes with images showing how the space-shuttle Honolulu brings the characters who have been condemned to Hell, and takes them via a number of stations taken from paintings by Bosch – Paradise, Fall of the Rebel Angels, Ascent of the Blessed into the Celestial Paradise, Temptation of St Anthony – to a weightless Paradise where the appearance of the bode looses all meaning. The visitor then moves into the second part of the installation. It is a dark room and here you get the feeling of being on board the spacecraft. Paradise means garden, i.e. controlled nature, and therefore there is a system of channels inside the spacecraft in which images of nature are projected. The channel system is a metaphor used to characterize a change of conscience towards a kind of transcendence.

The work was showed first time in conjunction with a solo show at Physical Paradise, IASPIS, Stockholm, Sweden (1999).