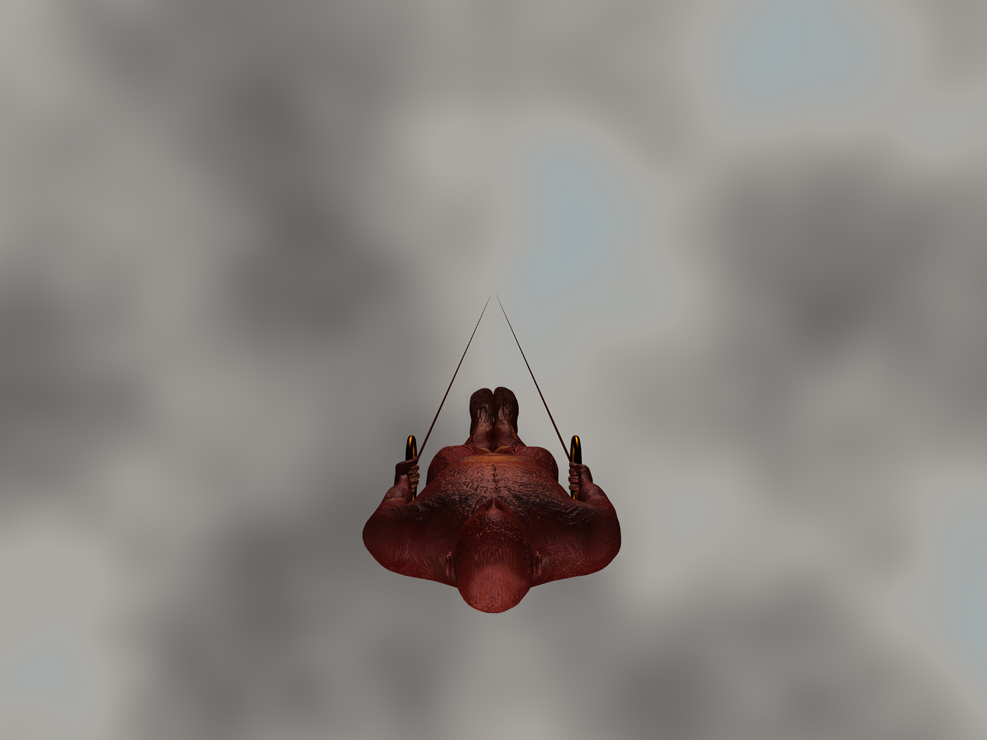 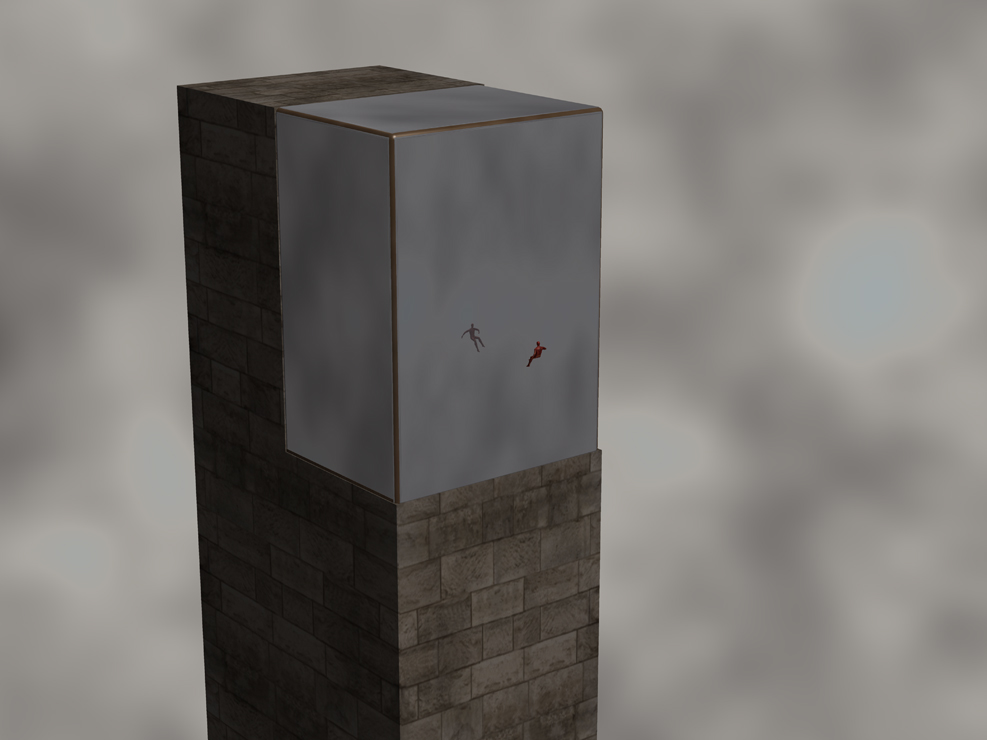 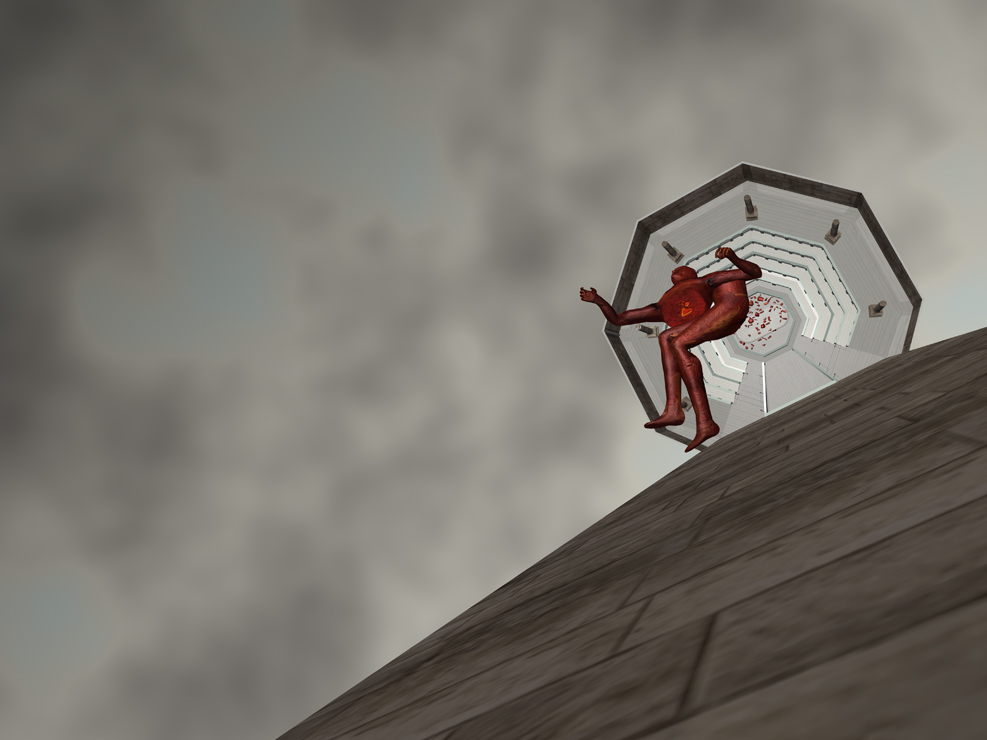 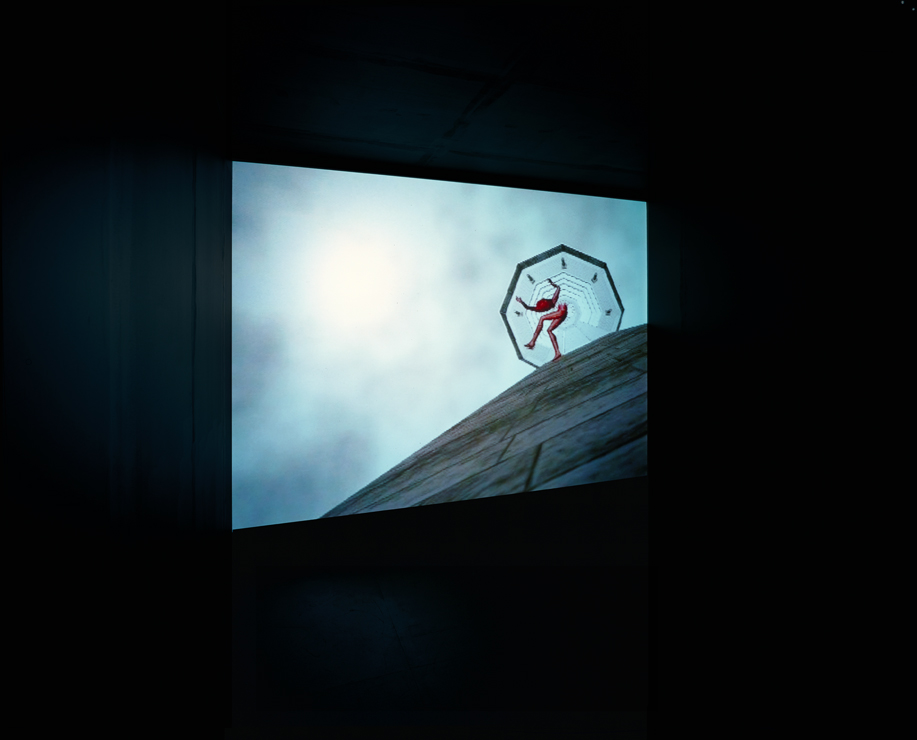 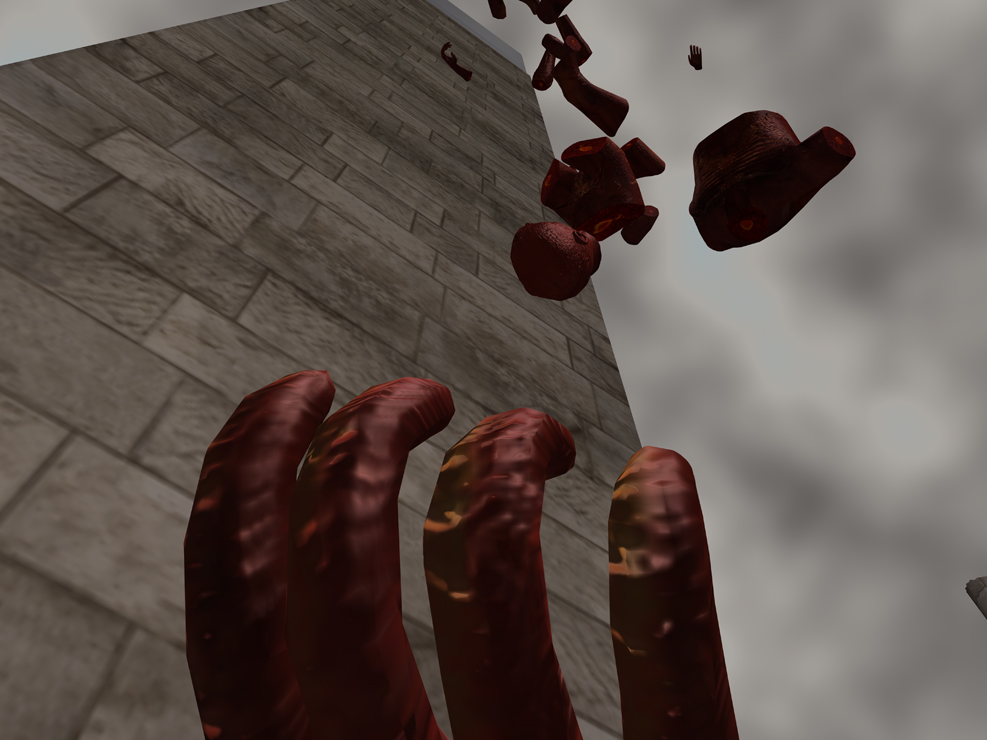 In Skyline we encounter the opposite of the bodies from Exit: the monumental, aesthetics heroicized bodies – symmetrical, muscle-bound machines. A group of athletic men take turns swinging from a trapeze out into emptiness. Their bodies then crash against a tower – the clock tower from the 1936 Berlin Olympic stadium – and fall down in pieces on an examination table in an anatomical theatre. The short animation video sequences confront the viewer with their intensity and demonstrate, at a dizzying pace, a historical trajectory, namely how the body formed through an increasingly triumphant natural science has turned more and more into an object made of different components that can be assembled or dismantled like a mechanical apparatus.

The work was showed first time in conjunction with a solo show at Skyline, Moderna Museet Projekt, Stockholm, Sweden, (2000).